Goldman Sachs CEO Thinks Blockchain is the Future of Payments 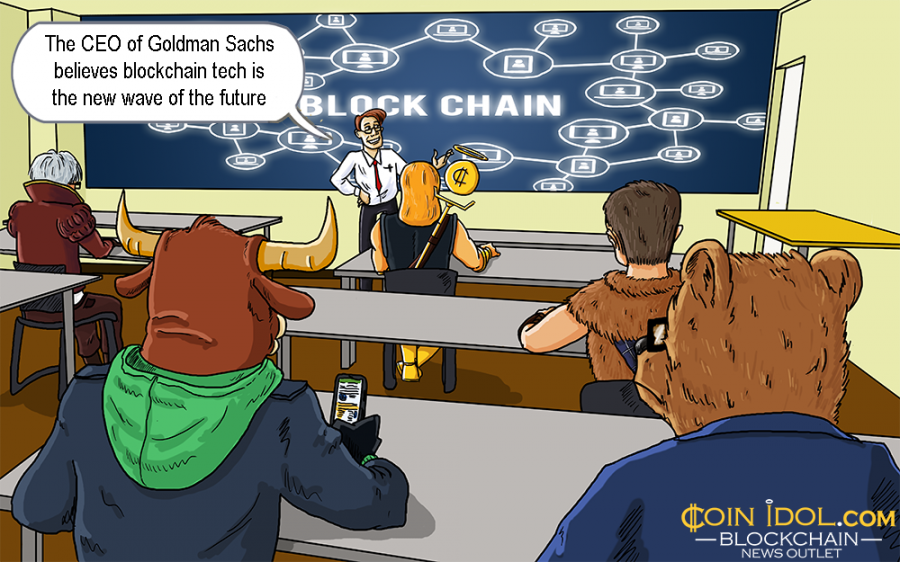 With all eyes now on revolutionary novelties including blockchain, bitcoin, and distributed ledger technology, the CEO of Goldman Sachs Group, David Solomon, believes blockchain tech is the new wave of the future, according to a recent report by Les Echos, a French daily newspaper.

David revealed that one of the leading international investment banking companies Goldman Sachs without question plans to play a significant role in the blockchain and cryptocurrency disruption and further noted that the opinion behind Libra/Global Coin, Facebook's own stablecoin is very interesting.

A wide spectrum of companies, institutions and individuals are looking and taking in this path, but this is not the right time to say that so and so will triumph or fail. Let us hope that a majority number of giant financial institutions across the globe have started to realize the potential of tokenization in creating smooth payments.

All Eyes on Blockchain

Most people are optimistic that Bitcoin and other popular digital assets will become the next big thing in the time to come, and that is one of the reasons why Goldman does not want to be left behind. In the same sense, David thinks that the leading social network Facebook has all what it takes to be the novel banking target for future cohorts.

Furthermore, it is possible that many financial and technology bulls – such as JPMorgan Chase, IBM, Fidelity, etc. - that have other vital concerns want to join the bandwagon of blockchain, that is why a strong regulatory framework is needed in place to direct these players. Global banking industry giants has been exploring the innovative tech for some time. JP Morgan launched its own stable coin earlier this year called JPM Coin. The coin is currently being used by employees strictly for internal payments, but it will be open for the public in the near future.

Yes, all these giant firms have got a multitude number clients and will positively attempt to monetize them. They are more likely to also try and seal partnerships with banking institutions instead of becoming banks themselves.

In 2017 and even last year, there were rumors that the giant is planning to launch cryptocurrency trading services for all investors, business, governments and people interested in trading Bitcoin and many other altcoins. CEO David came out to say that his institution is trying to clear Bitcoin futures for users so as to create a more effective and dependable cryptocurrency trading desk. That's probably what everybody wants.