Blockchain Drives Gambling Out of Shadows and Makes It Transparent 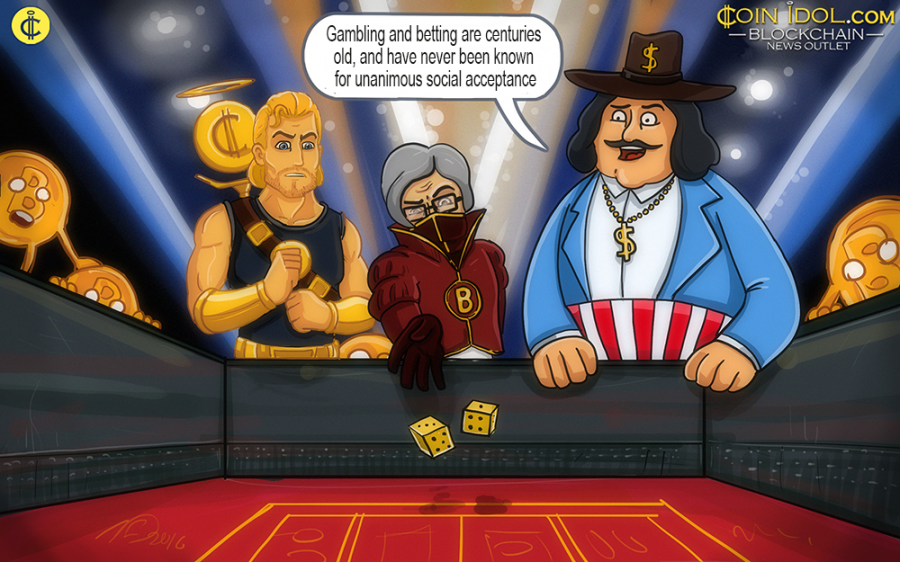 Gambling and betting are centuries old, and have never been known for unanimous social acceptance. While some people believe that they have a solid chance of winning in a game of chance or a game of skill, others decry such practices as leading to problems, misery, and even addiction.

Still, the fable goes that Roman soldiers cast lots to win the garments of crucified Jesus, and a Chinese emperor used a lottery to fund the construction of what is now known as the Great Chinese Wall. During times of warfare, governments also use lotteries, among other things, to raise funds for the military operations. On the other hand, in the peaceful times, gambling and betting is commonly associated with complete lack of transparency and even involvement of gangs.

This, of course, resulted in introduction of regulations to handle the gambling market. While some countries have almost completely driven it beyond the legal framework, others have found a compromise, and some others don’t seem to care much about this industry. All of those approaches have their pros and cons.

In countries where gambling is downright illegal, there are dozens of underground betting houses and casinos that operate for years, probably thanks to bribing and other illicit practices. In countries where gambling is legal, on the other hand, the lack of any regulations brings about the chaos and anarchy that often go hand in hand with any endeavor where no rules are common.

People’s urge to play and make bets is obvious and can be traced back to the most ancient times known to history, so no strict regulations can fully drive those things away. Still, the the lack of transparency, possible criminal involvement, and other elements of the industry’s dark side aren’t going anywhere, regardless of the government’s stance towards gambling.

Blockchain tech seems to have become the long-awaited answer to the industry’s need for greater transparency and fairness, which is obvious even from the amount of projects and companies that use the technology to power their lotteries and online casinos.

Nevertheless, blockchain itself is a relatively new solution: it’s not well known to the wider audience, and those who know about it don’t always understand how it works. As a result, the audience of such projects is usually limited to crypto savvy enthusiasts. The projects as well as their customers often claim that they’re bringing the fair play to their casinos and betting houses and eventually can make the industry accountable and auditable. However, they still have to garner recognition, and, thanks to the popularity of games, they may bring blockchain to the big leagues at the end of the day.

Blockchain to the Rescue

One of such projects is Edgeless Casino, which currently offers its customers to play blackjack and dice on blockchain, and claims some other games like poker will be rolled out later this year. In this case, all games are powered by blockchain in order to ensure that they are provably fair, and no tampering with the results is possible. The problem of proving the fairness of the game has been the plague of numerous online casinos for years, so the solution proposed by Edgeless could offer the gamblers a gasp of fresh air.

Another notable project is Cryptocup, which offers innovative techniques to bet on the forthcoming 2018 FIFA World Cup in Russia. In particular, they make use of so-called ERC721 token on Ethereum blockchain, which encodes the user’s predictions. The token can be then sold or bought, and when the final outcome becomes known, the holders of tokens with correct predictions get rewards. According to the project’s founders, the use of blockchain could remove intransparency and all associated problems from sports betting making it fair and and safe.

Finally, there is FirstBlood, a platform that uses blockchain technology to run eSports events, such as Dota 2 tournaments. All matches and their details are recorded on the distributed ledger, which is immutable and transparent, and when it comes to paying out the rewards, the platform makes use of Ethereum smart contracts that ensure even greater security and transparency. As eSports become more and more popular, and are even considered for inclusion in the Olympic program in the next decade, this blockchain-powered model may garner much recognition.

The fairness of gambling and betting has always been questionable. Still, with the advent of blockchain things may begin changing for the better and the technology opens the gate to utter transparency and provable fairness.

People have always dreamt of making easy money, and games offer a simple solution to that request. Still, one should not forget that even in the world of blockchain and its provable fairness, games of chance remain games of chance, and therefore require people to be reasonable and responsible.