Historical Perspective: Why Blockchain is more Advantageous than the Dot-Com Bubble 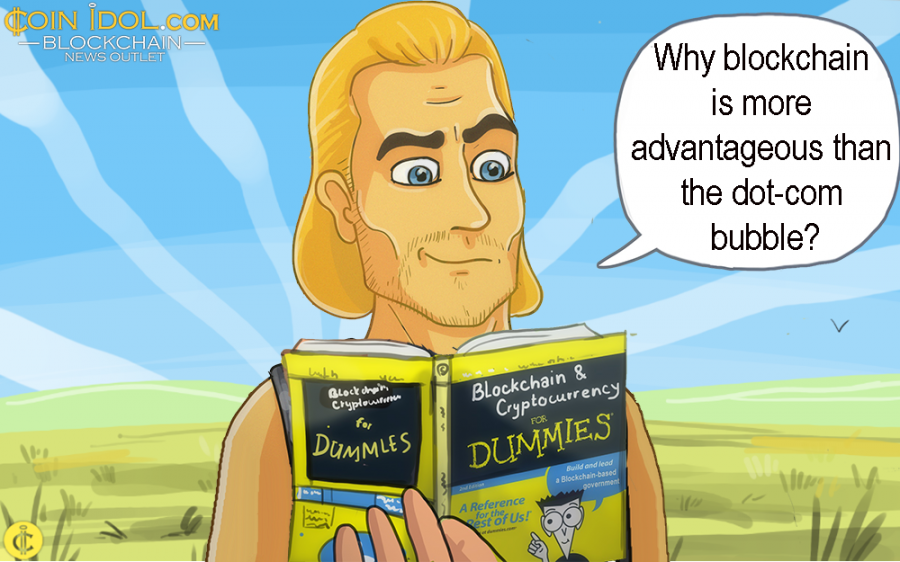 Looking through the lens of history, investors need to invest in blockchain technology. Some should also consider switching from investment in stocks (futures) to blockchain (cryptoassets) as their chief investment, TryBe reports.

The concept that the world has gained shifts from centralization to decentralization. The level of freedom among human beings is steadily rising.

The development of capitalism has created many opportunities for everybody to amass wealth which could be only be possessed by kings, religious leaders and landlords in earlier centuries.

Way back in time, the attainment of knowledge has also moved from centralization to decentralization. Knowledge was the sole property of the top classes of people and was only maintained by oral or written texts that were reachable and accessed by very few people.

Nevertheless, the invention and innovation of typing and printing made things easy, and the commodification of knowledge made things more possible. These days, if one has access to an internet connection, one can study online from any prestigious academic institutions in the world with the best scholars in each area free of charge.

Blockchain Tech is a Game Changer

Furthermore, the development of the philosophical system created a significant change until the 20th century. Great philosophers used their brains to conceptualize capitalism and democracy, and these two important constructs have positively changed the history of human beings.

The invention of the Internet has made it possible to easily exchange information between individuals, countries and continents, and that is exactly what has triggered the monumental wave of the dot-com bubble.

Blockchains are developed to enable smooth value exchange and information. Intervention in the transfer of values has been for long one of the strong powers of the central institution. Even, the responsible institutions have exercised their external forces on people by employing exchange rates and taxes.

The blockchain technology decentralizes the powers and authorities of these institutions. Incentive schemes have been launched to accelerate the system operated by individuals. External forces, in this case, don’t apply when exchanging values & smart contract regulates the exchange. In addition, censorship was defeated by publishing every data to the public and extinguished the centralized steward and now every user is a custodian him/herself.

The exchange of data seems not to have affected directly the monetary value available. Decentralization of exchanges in value will significantly transform people’s lives and standards of living. Hence, through this exercise, a massive wave will surpass one the dot-com bubble, by far.

However, as the cryptoasset market goes through a bloody bearish shift, which has been continuing for around 13 months, the number of fintech enthusiasts have largely declined, as Coinidol reported. While the bullish cryptoassets, including Bitcoin (BTC), Ripple (XRP), and Ethereum (ETH) are approx. 80% low from all-time highs, top blockchain tech experts disclosed that it might not be the prime time for the nascent technology.