People are Losing Interest in Cryptocurrency and Blockchain Technology 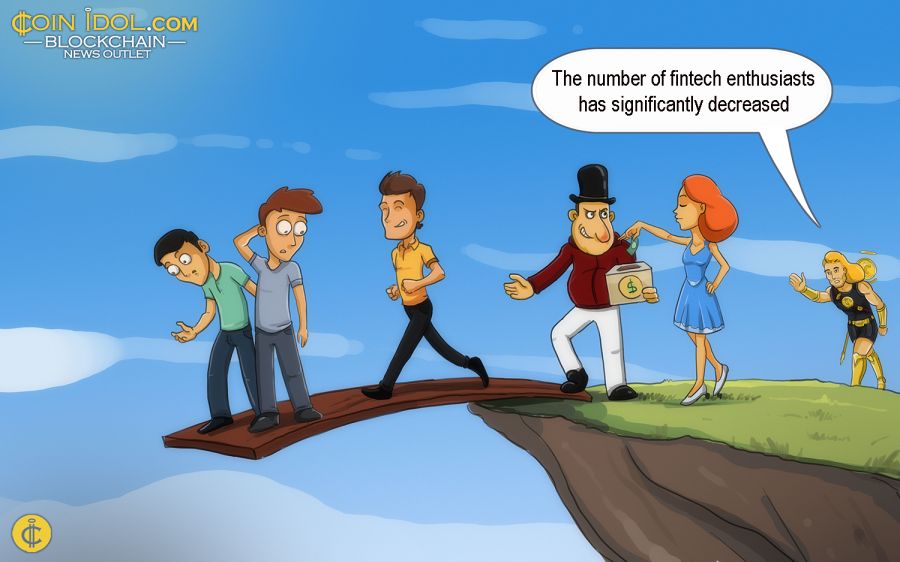 As the crypto market lives through a bloody bearish movement, which has been continuing for approximately 12 months, the number of fintech enthusiasts has significantly decreased. While the top cryptos, including Bitcoin, Ripple, and Ethereum are 80% down from all-time highs, leading blockchain experts noted that it might not be the prime time for the technology.

Last week, the well-known Paris Fintech Forum took place, with over 3,000 businesspeople, bankers, regulators and investors visiting. Blockchain technology was one of the most debated topics last year, as Bitcoin and altcoins were rapidly developing at that time. However, the tune of the discussion shifted since then. Given that all major digital currencies dropped nearly 80% over the past 12 months, fintech enthusiasts decided that it might not be the best times for this field in general.

Analysts concluded that the crypto trading industry has to work harder on its security measures. Potential investors are concerned with this issue and afraid of the risks involved. For example, the first half of 2018 saw around $1.1 billion in digital currency being stolen from crypto exchanges. David Schoenberger, chief innovation officer of a digital security company Krypti commented on the matter, saying that most crypto projects "lack the security to prevent hackers from stealing private keys and wallet addresses”.

SWIFT and Ripple: Who is Going to Win?

The confrontation between Gottfried Leibbrandt, the chief executive of SWIFT, and Brad Garlinghouse, the chief executive of San Francisco’s Ripple Labs, has become the hottest debate of the forum. The representative of Ripple publicly swore to outperform SWIFT’s technologies with a help of the brand-new blockchain tech. SWIFT has been operating on the market of cross-border payments for 46 years so far.

“I look at the dynamic between Ripple and SWIFT, and I liken it to Amazon and Wal-Mart,” Garlinghouse claimed in front of a large audience.

Gottfried Leibbrandt argued Ripple’s statement, explaining that the company’s latest system update, which allows clients to track any payment like a mail package and shortens transfer time to hours. Furthermore, SWIFT is being used by the top 60 lenders in the world and approved by regulators. Meanwhile, Ripple has been struggling to make strong connections with many banking institutions.