Russia May Recognize Bitcoin In 2018 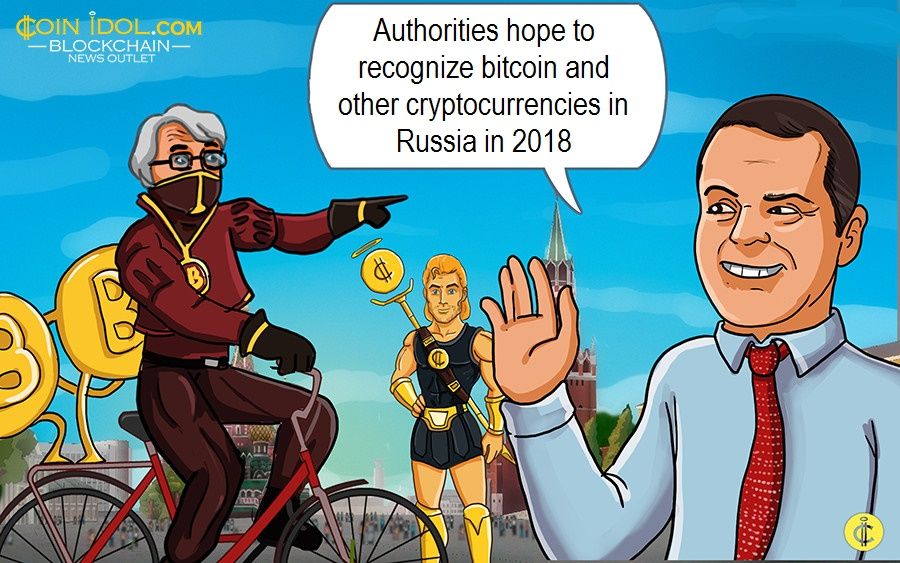 The Russian Deputy Finance Minister, Alexey Moiseev, has said that authorities hope to recognize bitcoin and other cryptocurrencies in Russia in 2018.

According to the latest interview with Alexey Moiseev by  Bloomberg, Russian authorities are seeking to accept cryptocurrencies as a legitimate financial instrument, but their highest priority today is to enforce rules against illegal transfers.

It seems that Russian authorities and the central bank first want to find a tool to make cryptocurrency transactions less anonymous so that people know where they are sending funds to and “that the state needs to know who at every moment of time stands on both sides of the financial chain.”
Moiseev stated:

“People who facilitate transactions with cryptocurrencies should understand from whom they bought and to whom they were selling, just like with bank operations.”

Deputy Finance Minister Alexey Moiseev is one of the initiators of the discussion of Bitcoin and Blockchain regulation in Russia. Previously, he stated that it is wrong to indiscriminately punish people for mining Bitcoins.

However, in Summer 2016, he also stated that the Ministry of Finance wishes “to exclude the circulation of cryptocurrencies in Russia” but to allow citizens “to purchase cryptocurrency for the purpose of using them outside of Russia, as well as selling bitcoins abroad for profit.”

The latest statement from Alexey Moiseev about the possibility of recognizing Bitcoin in Russia in 2018 looks like another turn in the local authorities’ vision on cryptocurrency, but it’s still unclear whether they fully understand the nature of cryptocurrency.

Nikita Maslennikov, an economist at the Institute of Contemporary Development, commented to a local newspaper:

"The legal recognition of transactions with Bitcoin in 2018 is a logical step, which is dictated by the development of modern financial systems and financial technologies. We are following the global international experience."