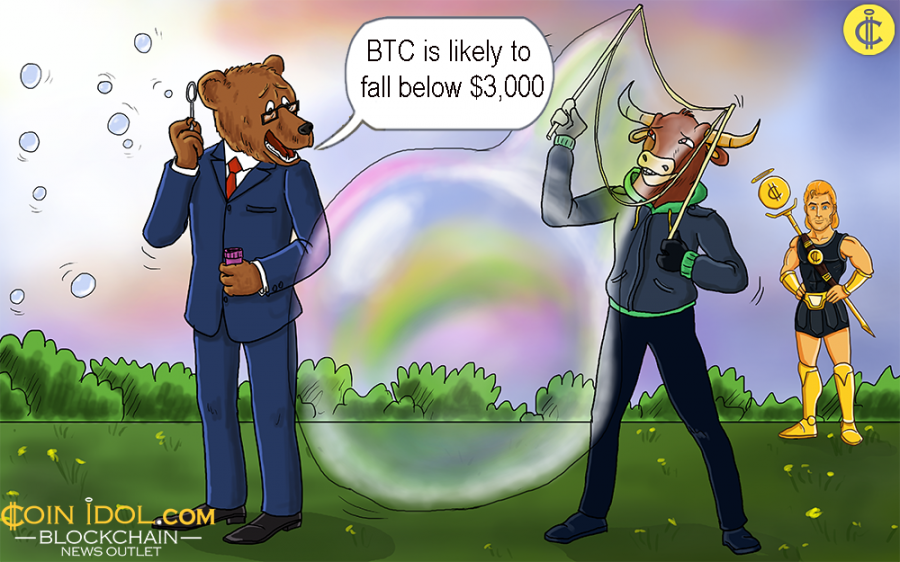 Bitcoin (BTC), the world's top crypto by market cap, is still experiencing tough times and is likely to fall below $3,000 in January and February 2019, according to experts. Several analysts believe BTC prices will stabilize between $2,000 to $3,000 price level. 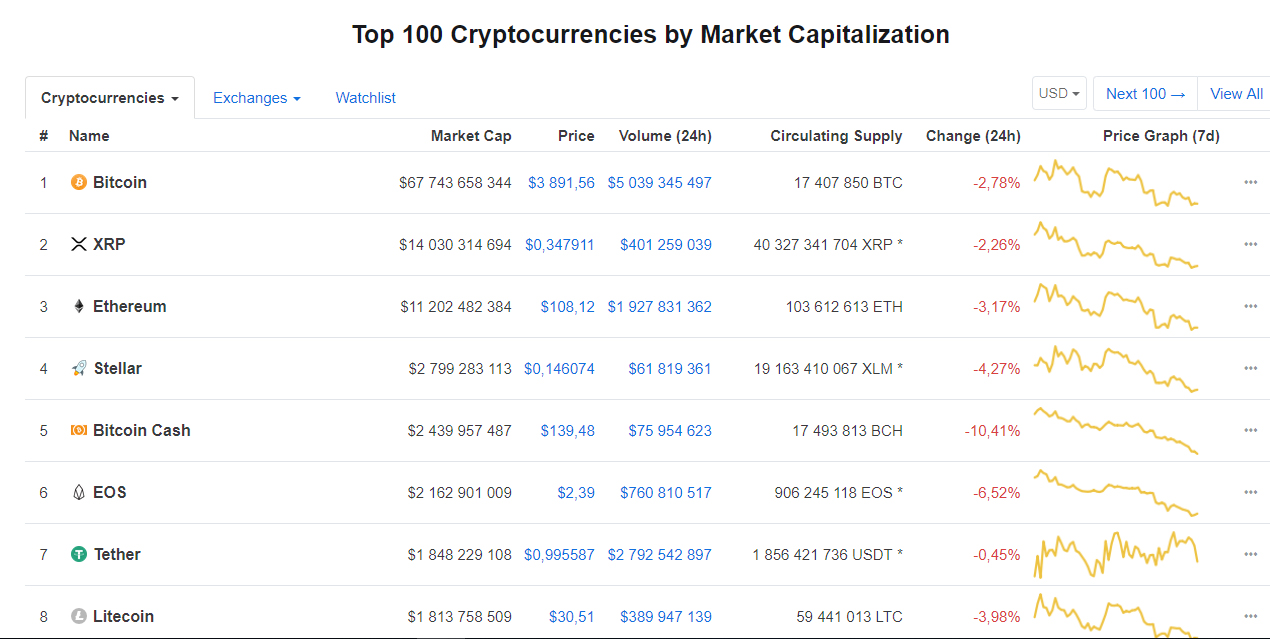 BTC lost over 36% of its value last month, ending the month on Friday at the $3,390 price level. Remember BTC began the month of November at $6,313 but it later plunged to $3,636 on Sunday, November 25. It later surged again, hitting $4,353 on Thursday, November 29, but unfortunately, it couldn't withstand the pressure from the crypto market.

Where is Bitcoin Heading?

The chief executive of Country Risk Solutions & "Virtual Terror" author, Daniel Wagner, believes that crypto market volatility will continue, according to a report from ibtimes.

“I see bitcoin settling at a level perhaps close to 10-15 percent of its peak valuation, then there will be a buildup of another crypto bubble - that appears inevitable,” Wagner said.

MacDonald revealed that BTC was inebriated in the recent cycle by profit takers.

“There was a lot of volatility in the market and people got scared of it,” he said. “It failed to make much headway above the $7,500 level and got hit quite hard. All the retail investors have come out of it and it’s seen a lot of profit-taking and a lot of scare.”

Bitcoin will only stand firm if investors look at it from an investment angle. The obscureness and lack of distinct understanding of principals make it very hard to ascertain the proper trend of the crypto market. The author of Virtual Terror went on to say that over half of crypto transactions take place on the Dark Web.

Is it Because of the Hard Fork?

Several analysts believe price stabilization will play an important role in evolving Bitcoin into an asset class. It will also substitute gold as the best option of investment, and also compete favourably in the forex market. Wagner hopes cryptos to be deemed as a security.

However, Wagner revealed that cryptos' surge as an asset class perhaps may assist BTC to see the strong valuations which various market maniacs have forecasted, though it may take ages to get there.

As Coinidol reported in mid-November, Bloomberg Intelligence (BI) analysts forecasted that BTC will surge ahead to the $1,500 price level.  Some crypto industry pundits call this the cryptowinter.