Bitcoin Cannot Save the Unbanked; CBDCs to the Rescue 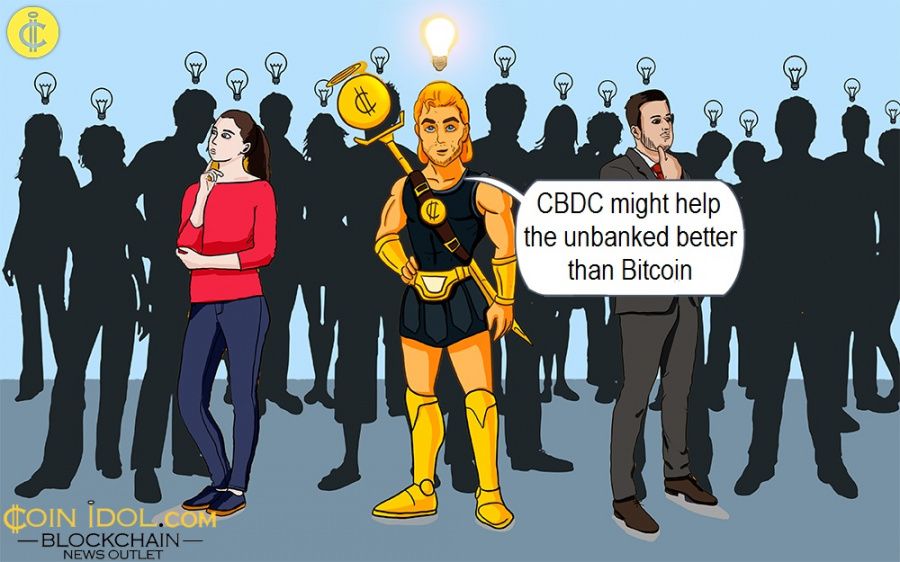 Financial inclusion of the globe’s unbanked population has been a sensitive issue for years. With the introduction of cryptocurrency, there have been speculations about its potential to get all these people aboard international finance. But is it really so?

Indeed, the interest in digital currencies such as Bitcoin has grown in developing countries. As many of their citizens have to work abroad, they need a way to send money home to their families. For this reason, such countries have seen various fintech innovations flourishing in states with a big number of the unbanked.

The early 2000s have seen a surge in mobile payment operators such as M-Pesa. This mobile payment processor is still quite popular, mostly in African countries. As CoinIdol, a world blockchain news outlet, reported, it helped over 850,000 people to get a financial inclusion since its inception.

After the introduction and spread of Bitcoin, the globe’s unbanked population started exploring this alternative. Despite cautiousness and the general lack of understanding of this technology, developing countries welcomed the tool that could ensure financial inclusion in locations where the banks couldn’t reach.

The COVID-19 pandemic that hit the rods in early 2020 has made the popularity of digital currencies skyrocket. For instance, in the Philippines, bitcoin remittances have become so popular that the country’s citizens have even invented a special word for it, “rebittance”.

Other developing states such as India and many African countries have also widely adopted digital currencies. Despite the regulatory tension present in India, its bitcoin community is growing steadily.

Too volatile to save the day

However, the use of Bitcoin as a payment method is still quite questionable due to its price volatility. According to the CEO of MasterCard, Ajay Banga, it is the main reason why Bitcoin can not become a worthy alternative for the unbanked.

He stated that it is really difficult to make payments using a currency able to lose half of its value overnight. Instead, he believes that the situation can be changed with the help of CBDCs which will offer most of the benefits of digital currencies while being far less volatile than bitcoin.

The payment giant pays close attention to the financial inclusion of the unbanked population. In September 2020, the company forwarded around $500 million to promote financial inclusion for black communities in the United States, aiming at improving social equality and decreasing the wealth gap.

Besides making investments, MasterCard is also exploring technological solutions able to put up with the problem. As they see the potential in CBDCs, they have offered central banks a virtual platform to test the digital currency to see how it will be implemented for everyday tasks. As the interest in CBDC is growing, MasterCard hopes that the new sandbox will help central banks to find the best solution to be implemented.