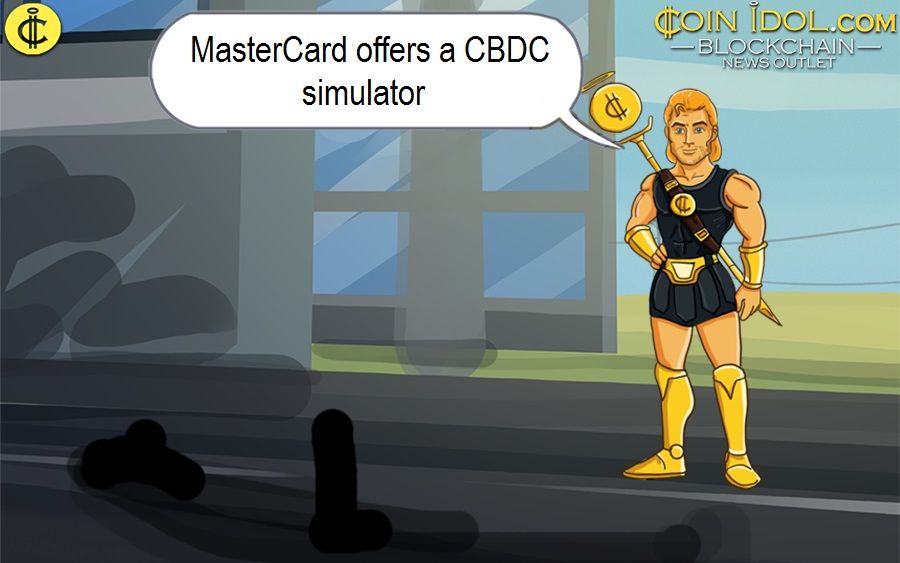 A multinational payment bull MasterCard offers a virtual platform to test the potential of central bank digital currency (CBDC). The company wants to help central banks globally that are planning to develop, analyze and explore their state-backed virtual currencies.

The platform is a virtual simulator of issuance, distribution, and exchange of CBDCs. It will create a practical model of development, circulation and exchange of digital currency between banking institutions, monetary service providers and clients. The platform is expected to help to accelerate the actual issuance of the first CBDC.

About 80% of the central banks (CBs) from different parts of the globe are having interests in creating their own stablecoins and CBDCs, according to the study conducted by Bank for International Settlements.

As the World Health Organization (WHO) and other institutions continue advocating for cashless payments, more than 46 CBs are exploring virtual assets and are doing everything possible to roll out their own CBDC to adjust to rapid digitization of the world caused by COVID-19.

Some countries have already made progress in the actual development of their CBDC. As CoinIdol, a world blockchain news outlet reported, China is testing digital yuan. The Central Bank of Lithuania has launched a digital currency called LBCOIN to test its practical implementation in everyday life. Some countries might even treat the CBDC development as a race as its full-scale launch will give a country an entire range of economic benefits.

MasterCard is known for its interest in digital innovations such as blockchain and cryptocurrency. Back in 2019, the bull joined Libra Association to support Facebook’s initiative to launch its own stablecoins. However, later on, it quit the project citing regulatory concerns.

In 2020, the giant partnered with a UK-based remittance service provider to create a system that would allow users to exchange cryptocurrency using debit cards. The later project was MasterCard’s attempt to adjust to the changing economic reality.

When the public and private sectors work together to explore CBDC, it will help CBs to discover and learn new technology opportunities and capabilities that might be useful regarding virtual currencies.

If the move by MasterCard is successful, the platform might make CBs less cautious about digital currency hence boosting the market and also increasing the use and adoption of blockchain tech globally. If banks will have a chance to simulate the actual circulation of virtual currency, it will take less time to detect and fix all possible issues.