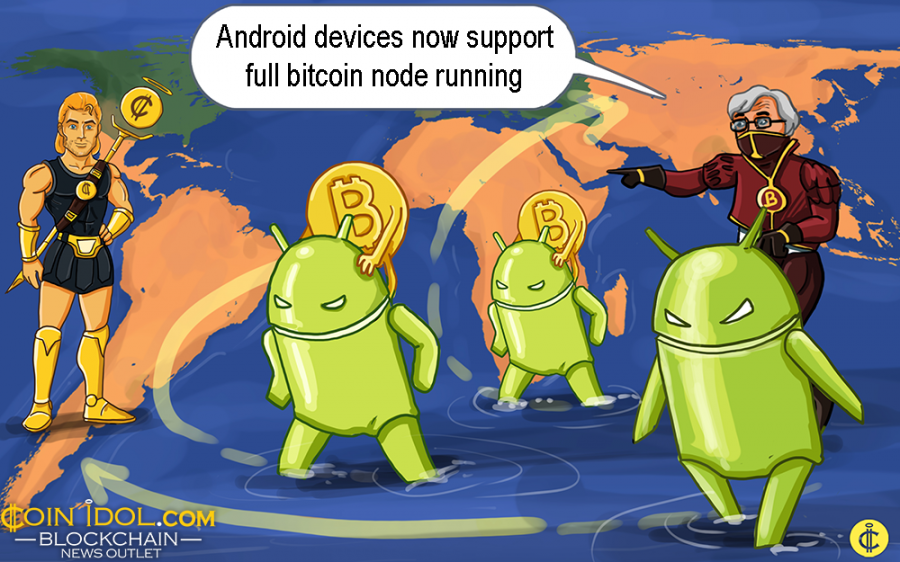 From pioneers to new investors, several Bitcoin (BTC) advocates will constantly support for as many peers as you can imagine to run a full node. It enables the network to remain decentralized and also reduces the likelihood of an attack by hackers.

The decentralization of Bitcoin is one of its fundamental schemes and it’s what has made it the leading cryptocurrency since its inception. In an effort to become a globe store of value and viable class of non-sovereign currency, the system must keep on being independent and decentralized.

A full node is a piece of software which authenticates, validates and confirms transactions and blocks on the BTC network.

An operator of a full node is a vigorous contributor in the network’s activity and adds much to the security of the network in question. Several of them transmit their transactions to the network and inform them when a particular transaction touches their wallet.

Continuous development and endless contributions from various developers across the entire world simply means that a full node is now becoming easier to create and operate.

For instance, software developer Lawrence Nahum has designed ABCore which enables any individual with an Android OS gadget to run their personal BTC node.

For those that don't know what ABCore is, it's a weekend project from @LarryBitcoin that lets you run a #Bitcoin full node on your Android device. Yes, full node. #ThisGuyShips https://t.co/jxcUGo365C
— Samson Mow (@Excellion) March 6, 2019

Individuals, businesses, institutions and organizations which make transactions on the Bitcoin network typically offer to run full nodes with the help of standby computing and bandwidth resources, but the amount of them is not limited and is fortified to progressively upsurge.

Miners, businesses, and privacy-cognizant users depend on specific behavior from the full nodes they run, so they will regularly run private full nodes and take exceptional safety precautions.

It’s very easy and safe to run a full node to prop the network and utilize its wallet to store your cryptocurrencies, but you must use the same protections you would apply when using any kind of Bitcoin wallet.

Bitcoin Core full nodes have got specific requirements. If you are attempting to run it on feeble hardware, it may work for you, but you will probably spend more time dealing with issues. Some of the requirements include computer hardware using the latest version of Windows, Linux or Macintosh OS X, 2GB RAM, 200GB of free disk space, internet with speed of more than 50kb/s, 6 hours daily that your own full node can remain running.