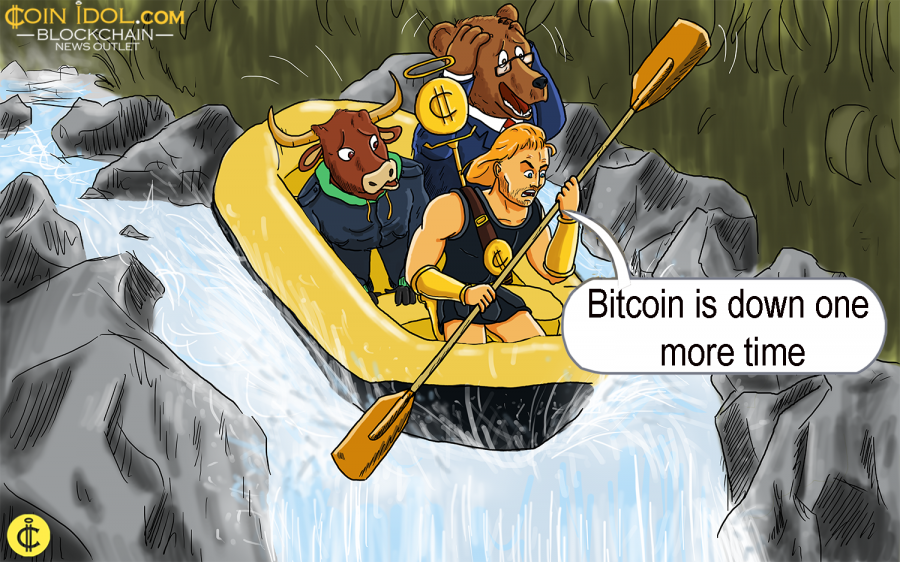 The leading digital currency has fallen so many times these past weeks that it is hard to count the exact number. The worst is the bottom is impossible to predict under such conditions. Yesterday Bitcoin lost 12% of its value but had partially recovered at the time of writing.

A Range of Recessions

Since the beginning of December, the price of Bitcoin has already managed to crash a couple of times. Yesterday the crypto market evidenced another wave of recession, with Bitcoin sinking below $3,300. As a rule, altcoins follow the Bitcoin major trends and replicate them. Thus, Ripple decreased by 12% and Ethereum by 17%.

All of the virtual coins had rapid corrections but they were not significant. At the moment of writing, Bitcoin is trading at $3,433, losing nearly 8% over the last 24 hours. Ripple is down by almost 8% as well and Ethereum by roughly 5.5%.

The total market capitalization of the cryptocurrency reduced drastically, making it $108 billion. The annual minimum for this indicator has not been so low since August 2017.

According to CCN, if the top cryptos by market cap are not able to exceed the main resistance levels in December, then Bitcoin is apparently to be traded in a range from $3,000 to $4,000.

Bitcoin SV is Confident as Usual

Amidst a global recession on the fintech market, one particular coin managed to increase in value. Bitcoin SV, a fork of Bitcoin Cash, which is initially a fork of Bitcoin, was up 22% on December 7, trading $113 per coin. As for the time of writing, it has decreased in value and is changing hands at $102.

It is interesting to note, that Bitcoin SV seems to dethrone Bitcoin Cash from its position of the sixth largest crypto coin by market cap. The latter has a market cap of $1.84 billion, while Bitcoin SV is catching up with $1.78 billion on the seventh place in the rating.

The largest part of Bitcoin SV trading volumes is conducted via two crypto exchanges, namely Binance and Upbit. This suggests that the price growth of the brand-new coin could be just a pump.