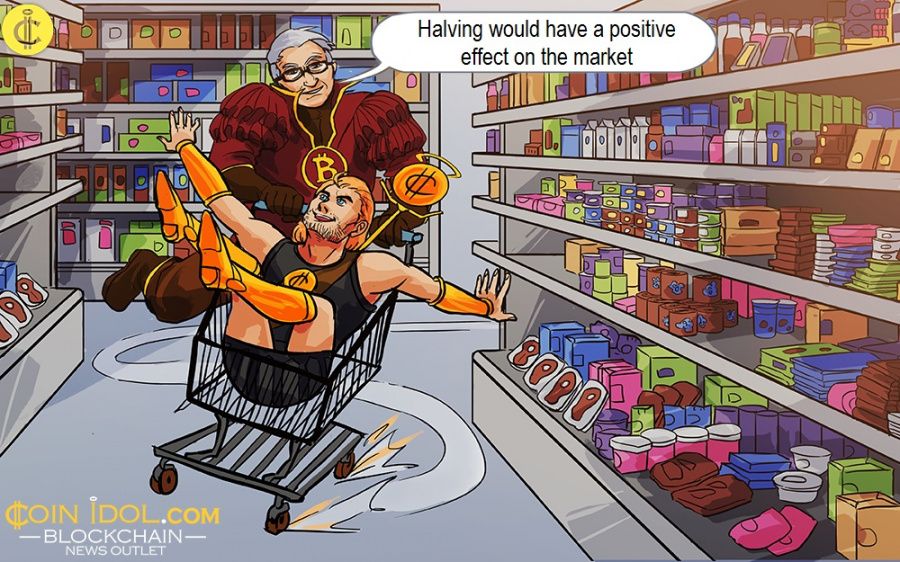 Expectations are growing that Bitcoin (BTC) will increase further thanks to the halving that is approaching in less than two weeks. The current situation is convincing that the halving has a positive effect on the market. 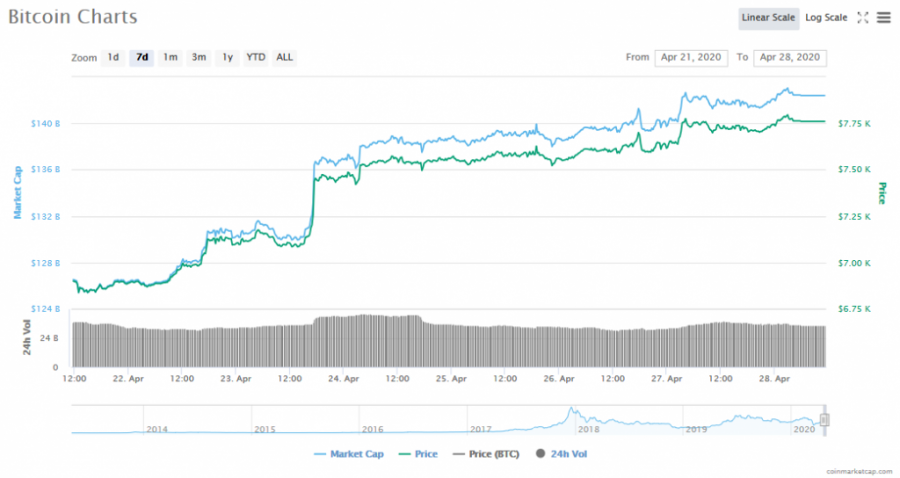 According to reports by Coindesk, after the mid-March crash Bitcoin's recovery has been largely driven by the global market rebound, but the rally that has progressed from the low of $6,800 on April 21 to the current level should be found elsewhere. This is supported by the fact that the S&P 500 index dropped 1.3% last week, and BTC increased 8% on a weekly basis while international oil prices fell.

Bitcoin's rally is sustained by a rapidly approaching halving. BTC is likely to challenge the $10k level based on a speculative atmosphere ahead of the half-life. History tells us that we need to anticipate the rise in bitcoin prices as we get closer to the halving.

Bitcoin has shown a trend of hitting the highs of the market cycle before the halving. Therefore, if the pattern of the past is repeated, Bitcoin might rise above the 2019 highs ($13,880).

Although Bitcoin's goal of soaring above $13,880 appears too far from being achieved, the possibility of breaking the $8k level cannot be ruled out given that Bitcoin's network activity is steadily growing and progressing.

An analyst who accurately called 2019’s BTC breakdown known as Dave the Wave, recently tweeted that it might be silly to wait for Bitcoin prices to drop back to $6,400, like before.

He pointed out that at this point, expecting Bitcoin's opportunity to buy a low point is deceiving itself, and it is best to use the average within the buying range as a criterion. He expects BTC to touch around $110k at the end of 2022. In addition, the analyst added that the community should forget that the US dollar is in danger of hyperinflation, it is a question of how much demand is there for Bitcoin.

Some other analysts are less optimistic, though still bullish. Bitcoin trader Crypto Bitlord tweeted that Bitcoin is actually much closer to $9,000 than most people think, and many users sympathized with this, due to the expected half-life of Bitcoin in May. He is forecasting that BTC will certainly gain more momentum in the coming weeks.