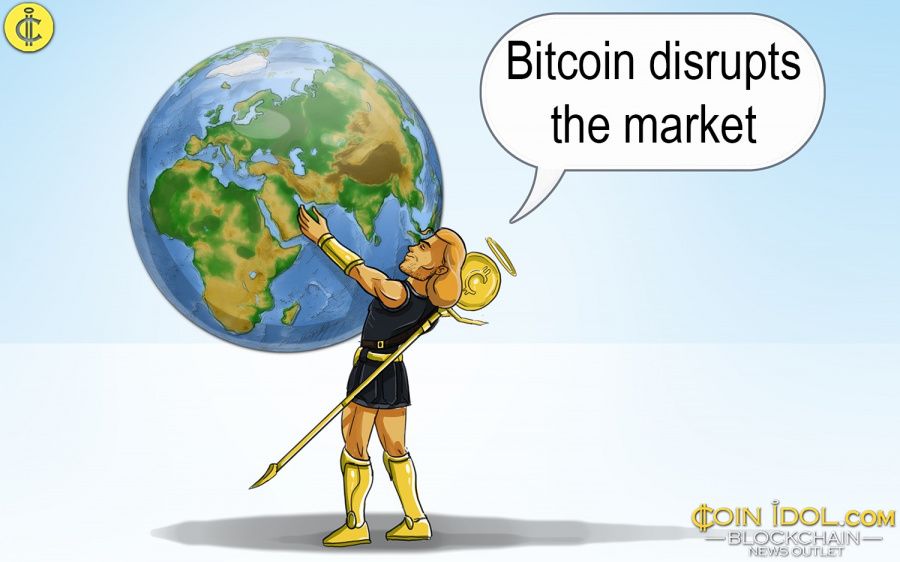 With the rise of blockchain, and digital currencies such as Bitcoin, Ethereum, Ripple, etc. the acuity of the finance industry has significantly transformed.

Previously, cryptocurrency was just regarded as a mere joke and a bubble especially when they saw Bitcoin skyrocketing above $20k in 2017, they actually thought it was to go back to its all-time low of $65 or vanish completely. A couple of years later, Bitcoin and other digital currencies are growing popular, useful and strong, for-the-nonce, these emerging technologies are totally distracting global markets. These financial technologies including blockchain, distributed ledger technology (DLT) and Bitcoin, have come along with massive effects.

Cryptocurrency and blockchain tech have played a big role in significantly simplifying transactions in a secure, fast, and transparent manner. These financial transactions occur via the model of peer to peer (P2P) connection that bypasses the intermediary firms.

The financial institutions including banks, are now out of a job since a huge amount of funds are stored on digital wallets, and this has led to the omission of the processing fees. When it comes to the traditional banking system, each financial transaction carries a price, and with cryptocurrency system, transactions are nearly entirely free (charge less fees) and increasingly quicker than any traditional banks in the world.

Bearing in mind the potential benefits of P2P processes, several individuals and firms are shifting gradually to using BTC and other cryptocurrencies. Furthermore, due to blockchain systems and many other disruptive technologies, transacting and storing of funds is now somehow secure and fraud-free compared to the past era.

Due to the emergence of BTC, digital assets and DLT, it is now very transparent, simple and secure to carry out crowdfunding. Entrepreneurs can now get institutional investors within a short period of time, as compared to the old-fashioned customs, where businessmen had to work with investors to facilitate and support the lucrative projects. With the use of Bitcoin, innovators can conduct initial coin offering (ICO) works.

Effect of Bitcoin on the Gambling Sector

The rise of cryptocurrencies has also affected the gambling sector in a sense that participants from different corners of the world are rapidly moving from traditional gambling to Bitcoin for placing their betting stakes on various games such as football, virtual games, NBA and others, thanks to blockchain technology.