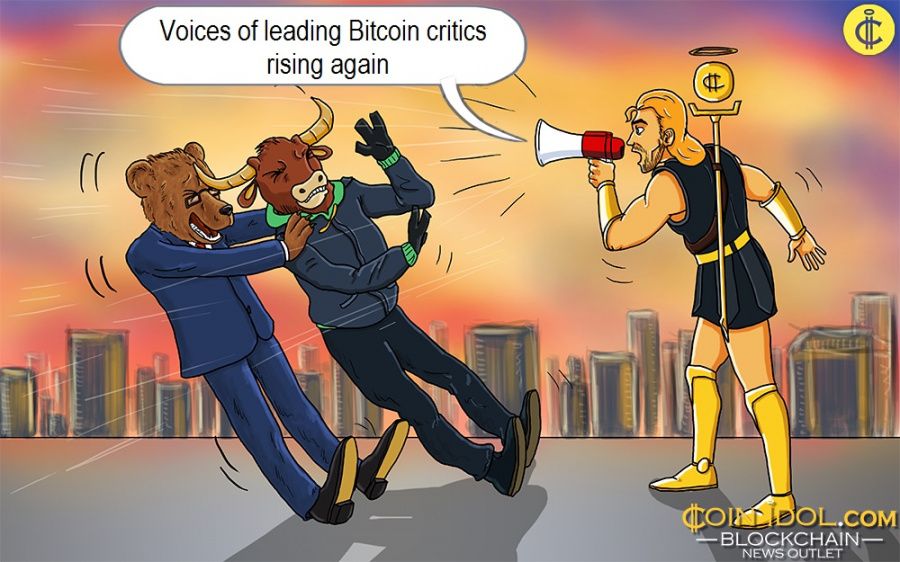 As the cryptocurrency market continued to plunge over the weekend and today, the voices of leading Bitcoin critics are rising again. Nouriel Roubini, a professor at New York University and gold investment expert Peter Schiff, known as "Doctor Doom," reaffirmed his claims about bitcoin's collapse.

Prof. Roubini pointed out on Twitter that bitcoin's recent fall is much larger than that of the global stock market, and that the fact that BTC has fallen more than other risk-taking assets means it does not qualify as a safe asset.

Schiff said the recent plunge in the cryptocurrency market was not surprising to him, but that the decline in BTC was the result of a failed upward rally in the ideal financial environment last week.

Schiff further admitted that he had never said he would never go up in BTC prices, and that anyone who bought and owned bitcoins 10 years ago would have made a lot of money.

Ultimately, however, he stressed that the world’s original altcoin has never changed its existing position that it can never succeed as a currency.

Bitcoin plunged below $8,000, signaling the end of a rally that began near $6400 in December last year, as Coindesk reports.

Bitcoin's recent plunge has led to a bearish reversal pattern on the daily chart, the "head and shoulder breakout," which indicates the weakener's rethink of the situation.

As long as Bitcoin stays below the neckline that has changed from the previous support line to the resistance line, it is predicted that the bearish tendency will be maintained. It was also pointed out that a solid deadline was needed on March 7 above the high ($9213) in order for BTC/USD to become stronger. Bitcoin was down 10.5% from 24 hours ago at 10:00 a.m. New York time at $7778.57.