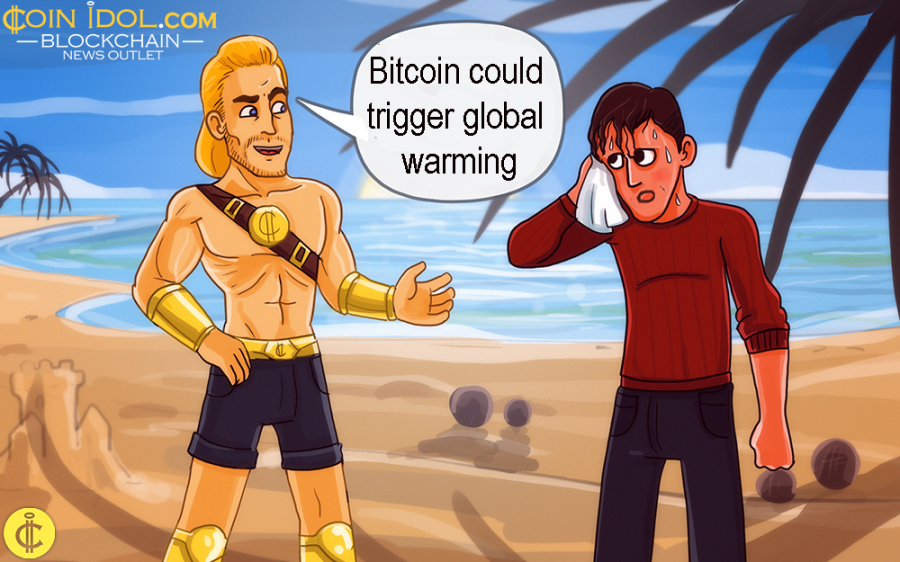 A study reveals that implementing Bitcoin (BTC) at the same rates at which other major technologies have been incorporated could itself create enough emissions to increase world temperatures by 2°C by 2033.

“Bitcoin is a cryptocurrency with heavy hardware requirements, and this obviously translates into large electricity demands,” revealed  Randi Rollins, a masters student at the University of Hawaii at Manoa in the US.

Buying items with BTC and other digital currencies, which are types of currency that exist digitally via encryption, demands too much power. BTC purchases form transactions which are totally processed and recorded by miners. Miners record each BTC transaction carried out during a particular period into a block.

Then blocks are immediately added to the chain, or "public ledger." The verification exercise by these miners, who contend to produce computationally intensive proof-of-work (PoW) in exchange for BTC, demands huge amounts of power, researchers revealed.

The power requirements of BTC have formed significant difficulties, and much online debate, about where to place rings that calculate CO2 and reckon the PoW of BTC. A much less debated issue is the environmental impacts of creating all that power.

Researchers ascertained information like the power efficiency of computers (PCs) applied to BTC mining, the CO2 emissions and geographic location of miners. Based on the information, the researchers approximated that the application of BTCs last year produced 69 million metric tonnes of CO2.

“Presently, the emissions from transportation, housing and food are considered the main contributors to ongoing climate change. This research shows that BTC should be added to this list,” revealed Katie Taladay, a UH Manoa master’s student.

“We can’t forecast the future of BTC, but if implemented at a rate even close to the slowest pace at which other technologies have been incorporated, it will spell very bad news for climate change and the people and species impacted by it,” revealed Camilo Mora, an associate professor at UH Manoa.