Ryanair CEO Compares Bitcoin to a Plague. Why? 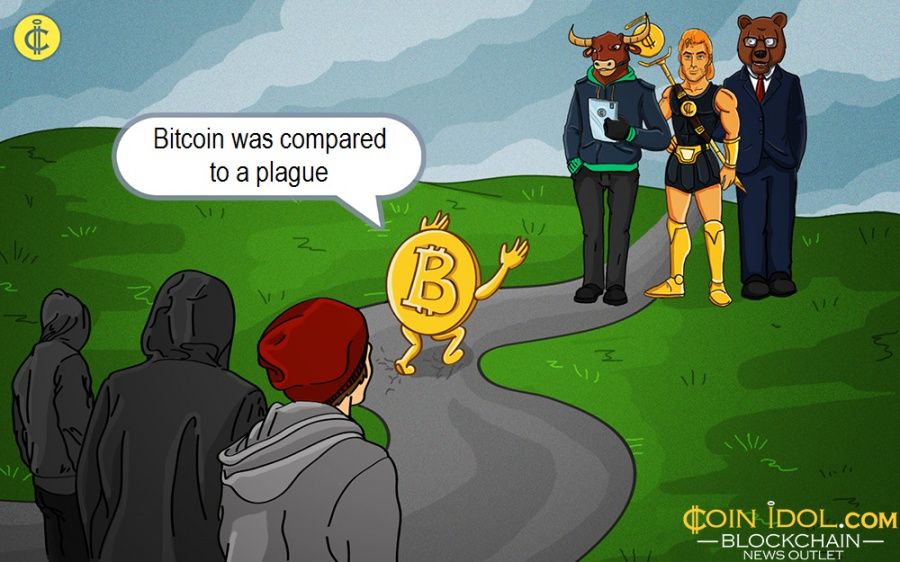 The CEO of Ryanair, an Irish budget airline, Michael Kevin O’Leary (59-years of age), was involved in promoting another cryptocurrency scam without even knowing it. That made him turn extremely bearish and compare Bitcoin (BTC) itself to a scam.

His statement about BTC being a scam follows a forged interview about the cryptocurrency between him and the host on one of the television talk shows.

Is BTC a Ponzi scheme?

Mr O’Leary considers Bitcoin as a Ponzi scheme. He has gone further to say that he can’t at any point in time invest ‘a single cent’ in BTC or any other digital currency, and recommends people to look at him as an example and follow the lead. He encouraged users and investors with common sense to avoid BTC cryptocurrency like a plague.

“I have never, and would never, invest one cent in bitcoin, which I believe is equivalent to a Ponzi scheme,”

The fake scheme involving the O’Leary’s image advertising cryptocurrency was seen being operated on various popular websites and was also published on a news platform dubbed dailynews-finance. It claimed that the chief was encouraging the viewers and listeners of Late Late Show, a late-night TV talk and line-up comedy show hosted by Ryan Tubridy, to quickly sign up for an auto trading website known as Bitcoin Lifestyle.

Bitcoin is gaining much momentum in the fintech industry and different players are using it differently to achieve their motives: bad or good. Bad apples have also not missed participating in this lucrative nascent industry. Scammers have taken advantage of weak regulation by launching fake schemes to steal people’s funds.

A lot of celebrities have fallen victims of scammers using their names to rip-off people. On July 15, 2020, hackers led by Graham Ivan Clark (17-years-old) from Florida, USA, compromised and attacked Twitter and used pages of popular public figures including Barack Obama, Kanye West, Elon Musk, Jeff Bezos, Joe Biden, and many others.

Fortunately, a few weeks later, the mastermind behind this scam was later arrested, as CoinIdol, a world blockchain news outlet, reported.

One of the boldest projects even managed to involve the names of the British Royal Family to carry out their dirty activities. Scammers use such top and popular brands to make their fraudulent activities sound and look more trustworthy, unswerving and honourable.

Such scams might turn celebrities against Bitcoin and harm the coin's reputation. That is one of the reasons why some governments are against cryptocurrency. Besides being used to facilitate illegal activities such as terrorism financing, sex, drug trading, money laundering, etc., the digital currency has made many people lose their wealth, especially through scams.