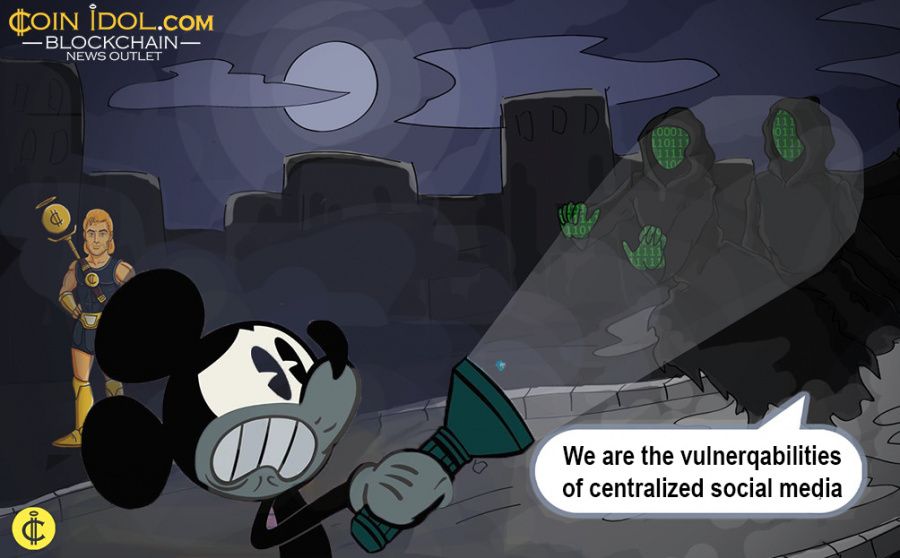 As the community was astounded by the bold hack of prominent Twitter accounts, it revealed the general vulnerability of centralised social media, where all information is kept at one place. It would not be possible to break a decentralized platform that easily.

The hack took place on Wednesday, June 15, when prominent personalities like Bill Gates, Barack Obama, Kanye West, Kim Kardashian and many others announced they would double any amount of Bitcoin sent to their wallets. Naturally, this was nothing but a scam.

Within a couple of hours, Twitter detected a flaw and blocked the attacked accounts to stop the spreading of a scam. Unfortunately, scammers managed to harvest around $120,000 for a couple of hours. The social media leadership is now holding an investigation to find out how this attack could happen in the first place.

A news outlet Motherboard reported a suspicion that this could be done with the help of Twitter employees. Some insiders could perform the attack themselves as they have access to the website code or they could be paid to lend access to hackers. As of now, the company is trying to study out all the details to take appropriate further measures.

Popular platforms are popular for everybody

Scammers have been highly active on social media and streaming services as they provide a great opportunity to lure victims. Besides, it is quite easy as all that is required is to hack the account of some celebrity to look reliable.

No need to develop websites or create accounts and spend time promoting it before it looks reliable enough. A celebrity’s reputation will work for a fraudster. Surely, it would not last long as the platform’s administrators would figure out and block the attack. However, considering the amount fraudsters were able to harvest from Twitter, they don’t need much time at all.

Similarly, hackers take advantage of video streaming platforms like YouTube to promote their fraudulent projects. As per the report by CoinIdol, a world blockchain news outlet, scammers attack channels with a large number of subscribers and then make them look as channels of famous people to look more reliable and attract more attention.

A flaw of centralization

All this proves the general vulnerability of centralized platforms. While they are managed from a single place, all information and security keys are also stored at a single place, making it easier for hackers to lay hands on them. Besides, when one server is hacked, all information stored on it is under threat. That is why hackers target centralized services mostly.

If we talk about decentralized social media like Diaspora, Minds, Sola and others, it is not so easy to hack them or hijack any information from them. As the great many of them apply blockchain, the user information is not stored on a limited number of servers, like in the case of Twitter. Instead, it is stored on a large number of distributed nodes independent from each other.

Therefore, even if a node is hacked, the information remains secure and immutable. This obvious benefit, along with the absence of censorship and centralized pressure on content makers makes more and more people consider decentralized alternatives for popular social media. Considering the spike in hackers’ activity that reveals vulnerabilities of centralized platforms, the number of those choosing alternatives might see steady growth.