Bitcoin Cash Falls Significantly But May Hold Above $102 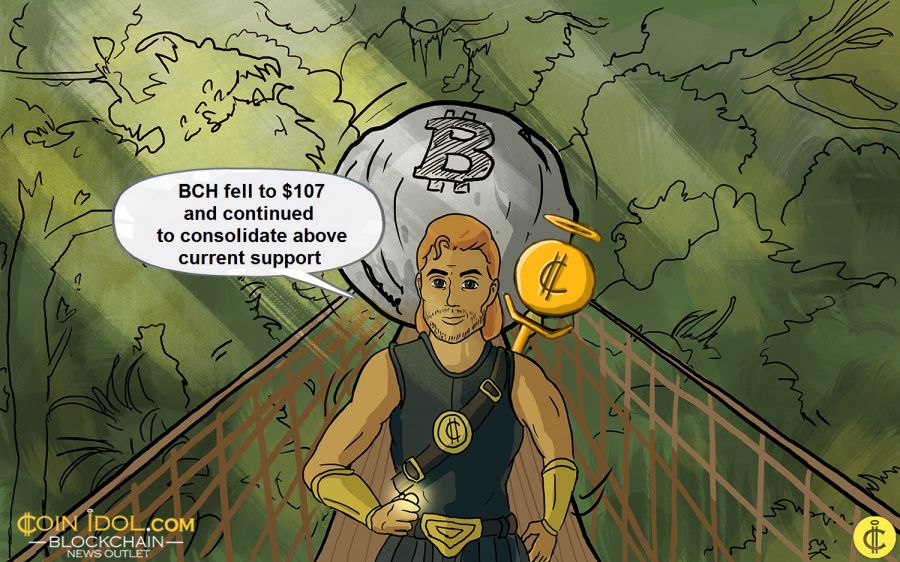 Bitcoin Cash (BCH) price is in a downtrend as the altcoin declines to the low of $102. The cryptocurrency has fallen significantly as bears broke below the previous low of $107. The crypto's price reached bearish exhaustion as the altcoin trades in the oversold region of the market.

On June 16, BCH fell to $107 and continued to consolidate above current support. After two weeks of consolidation, the bears broke below it. This suggests that BCH will continue to fall below $102. However, if the current support holds and the altcoin recovers, BCH will rise above the $150 resistance. 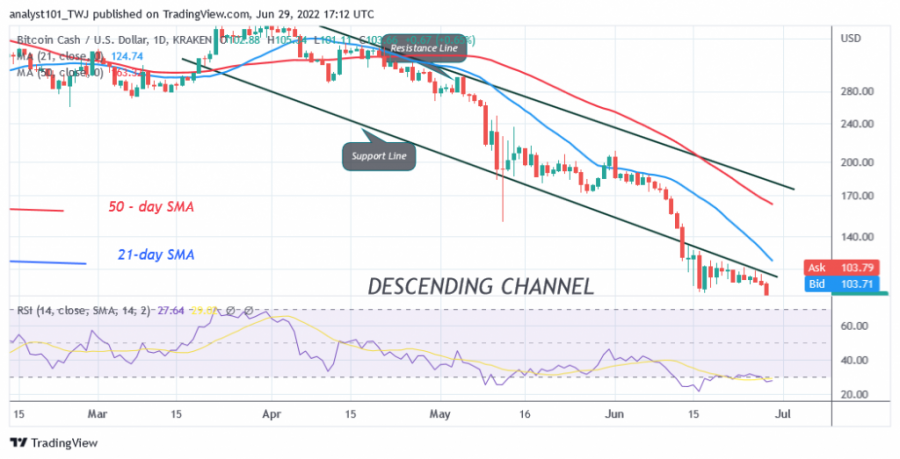 Bitcoin Cash is in a downtrend as it has reached bearish exhaustion. Price indicators have unanimously pointed to the oversold condition of the cryptocurrency. Buyers will emerge in the oversold region and take control of the prices. 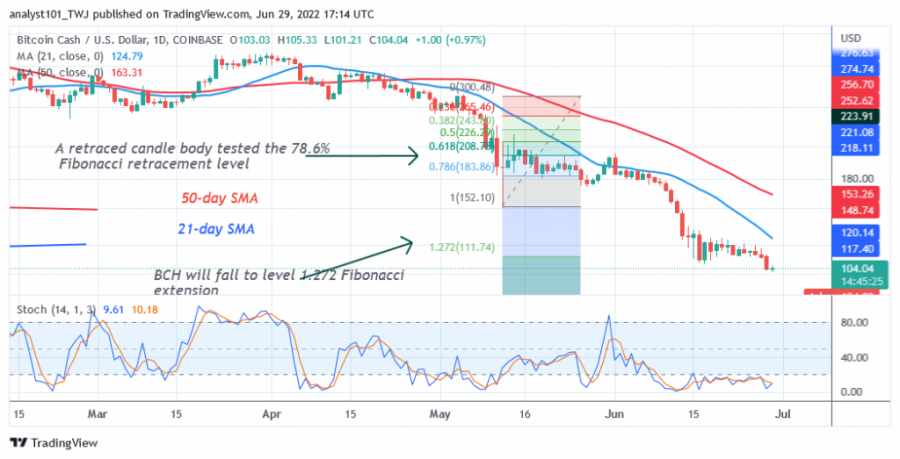