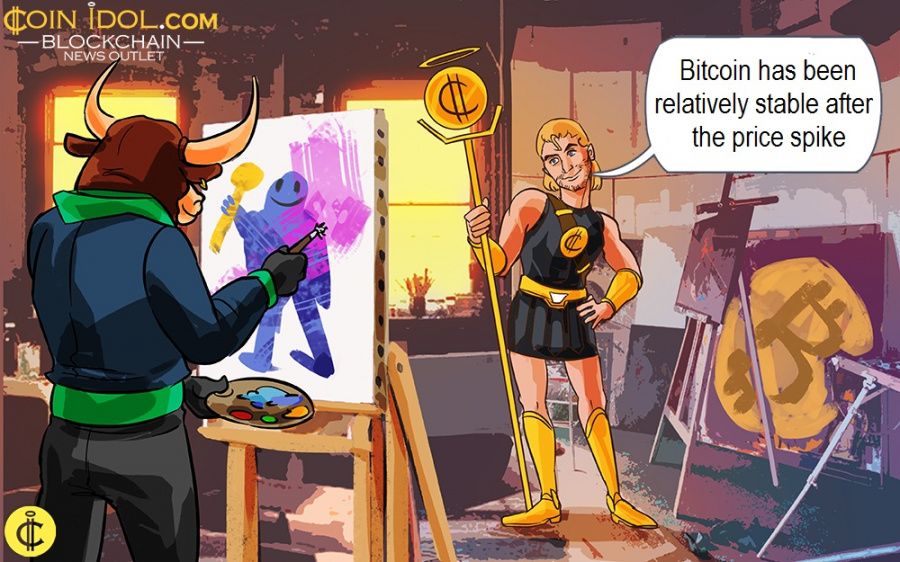 Bitcoin has been relatively stable after the price spike as it continued its uptrend. Positively, the bulls have sustained a price above $7,500 and not allowing it to fall below the breakout level of $7,400.

Concerted efforts are being made by the bulls as it continues to push the price to reach $8,000 resistance. In its sideways move, BTC will consolidate and push higher despite its slight retracement. Recently, the crypto reached the overbought region of the market.

Surprisingly, this is the third day where BTC is above the 80% range of the daily stochastic. Usually, sellers will emerge to push prices downward. Buyers are usually unavailable in the overbought region. From the price action, sellers may emerge as soon as the price hits the $8,000 resistance. 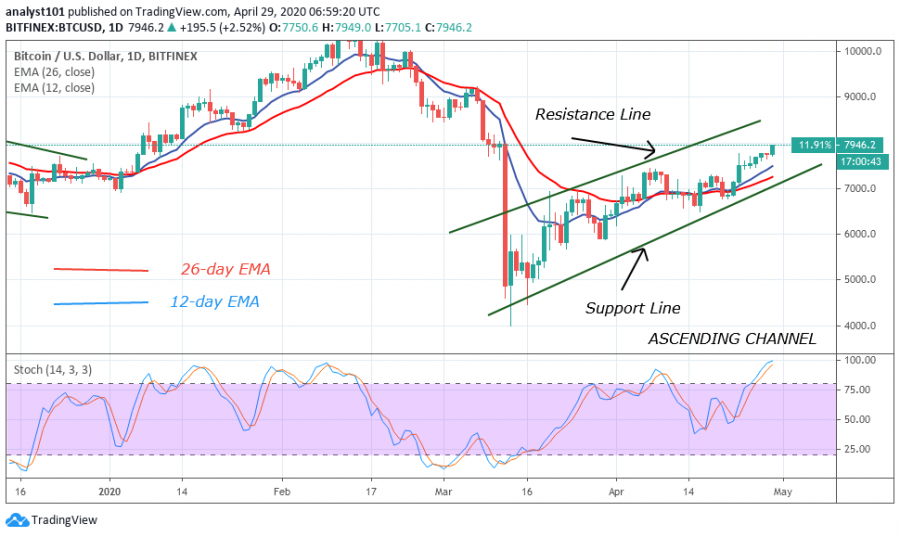 Bitcoin is fundamentally strong as the Bitcoin halving approaches. The market is rising as price bars are above the EMAs indicating the uptrend. The emergence of sellers is nearing as the price is above 90% range of the daily stochastic. Bitcoin will have a compulsory decline as prices hit the $8,000 resistance. Alternatively, a rebound at the current level will push BTC above the $8,000 resistance.