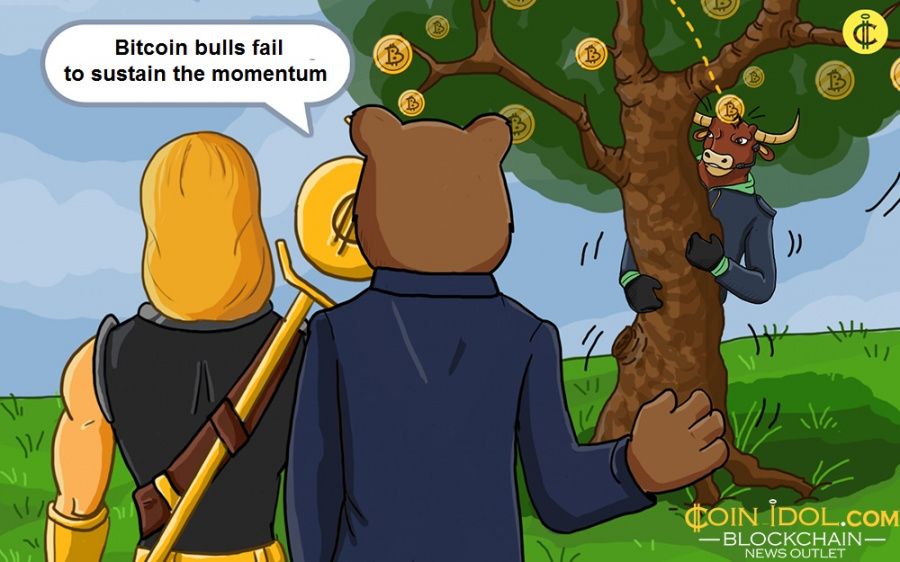 Bitcoin price consolidates above $56,500 support after an unsuccessful attempt to breach the $58,000 resistance. Reclaiming the $58,000 support propels BTC price to resume upside momentum.

Bitcoin bulls fail to sustain the bullish momentum above the $58,000 support after making three attempts at the resistance.

In other words, Bitcoin lacks buyers at higher price levels. Since May 1, buyers have made concerted efforts to resume upside momentum above the $58,000 support. In the first attempt, the market was repelled as the price fell to $56,000 low. Buyers again pushed the BTC price to $58,777 high which attracted further selling presumption. On May 3, buyers could not sustain the bullish momentum as Bitcoin plunged to a $53,000 low. For the past 48 hours, BTC/USD has recovered from the downward correction but it is consolidating above the $56,500 support. A rally to a $60,000 high is likely if buyers clear the $58,000 resistance and the bullish momentum is sustained. 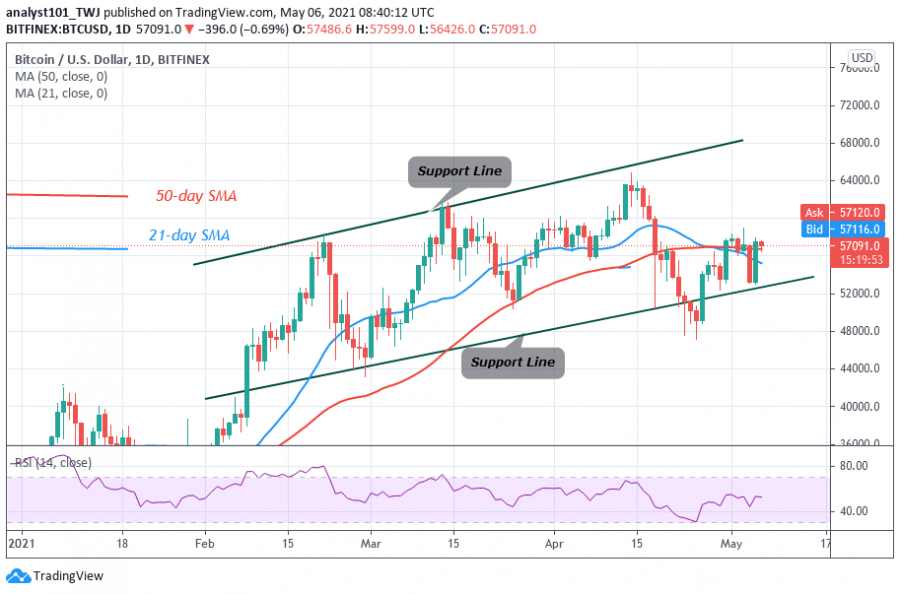 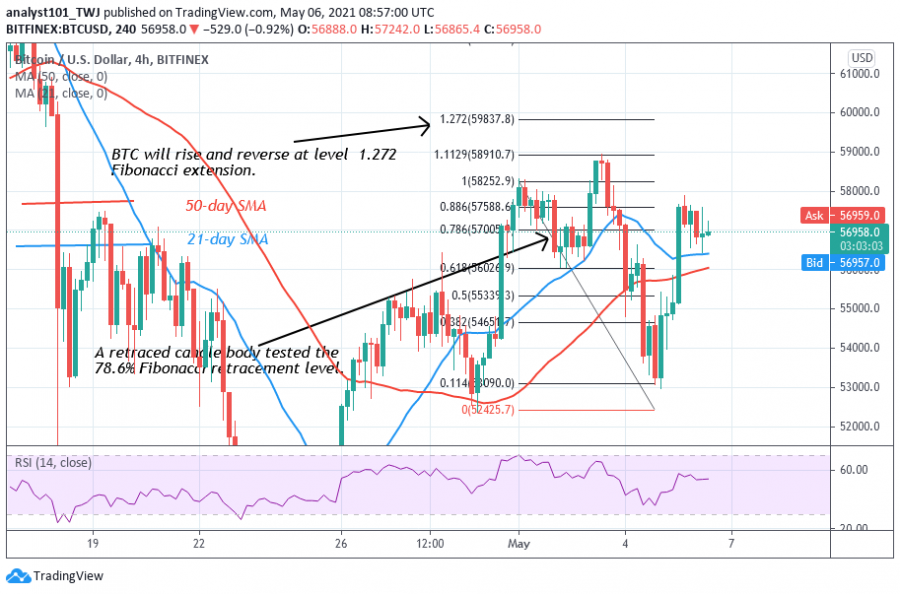 Disclaimer. This analysis and forecast are the author’s personal opinions and not a recommendation to buy or sell cryptocurrency and should not be viewed as an endorsement by CoinIdol. Readers should do their own research before investing funds.

Tags
Support Bitcoin Price Market Fibonacci Forecast Analytics
Most Popular
Oct 04, 2022 at 09:16
Price
Litecoin Breaks Through Resistance At $54 And Sets Its Sights On The High At $64
Oct 03, 2022 at 16:13
Price
Ethereum Approaches Oversold Region And Targets The Low At $1,098
Oct 03, 2022 at 15:05
Price
Chainlink Price Declines Significantly As It Faces Rejection
Oct 03, 2022 at 14:51
Price
Weekly Cryptocurrency Analysis: Altcoins Struggle With Downward Corrections As Cryptocurrencies Approach Lower Price Levels
Oct 03, 2022 at 12:42
Price
Bitcoin Is In A Tight Range: A Breakout Or Collapse Is Imminent
More