Central Banks of Benin and Togo to Run National Cryptocurrencies 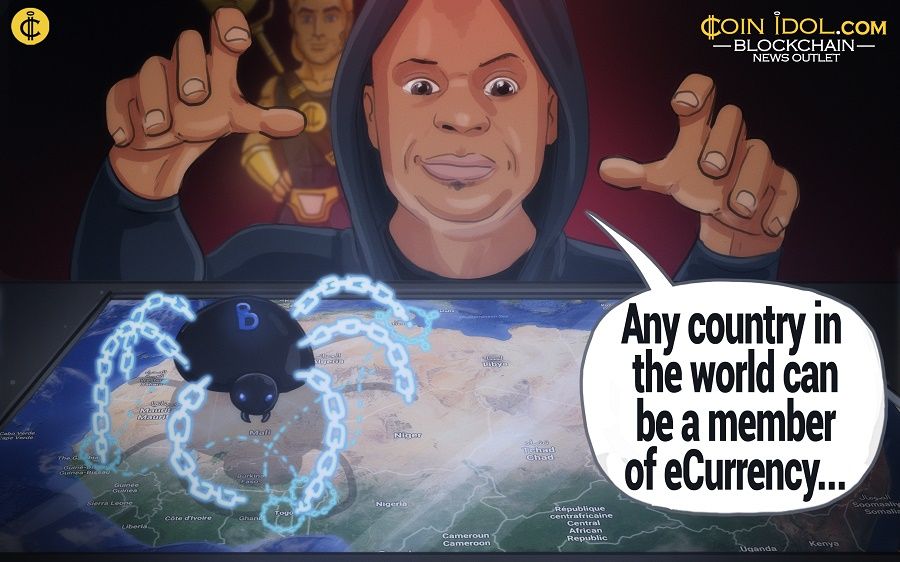 Two more West African countries - Benin and Togo - have joined the list of countries to have their own cryptocurrencies controlled by central banks following the pioneers of the initiative - Tunisia and Senegal.

George Sagala, the president of eCurrency, told that in the exclusive interview for CoinIdol.com Blockchain News Outlet.

Recently two African countries have pioneered the breakthrough of establishing their own digital currencies. It first started with Tunisia, then the latest country on the list was Senegal. All this development has been fueled by eCurrency, an organization that supports digital currency research and development.

Coinidol.com News Outlet interviewed George Sagala, former staff member of IBM, Warid Telecom, and MTN Telecommunications in Uganda and currently the president of eCurrency about the development in the digital currency world and how these countries have successfully formulated the digital form of their national currencies.

CoinIdol: Could you briefly tell us what eCurrency is? What does eCurrency do in relation to digital currencies and who are the members of eCurrency globally?

George Sagala: eCurrency is a solution that creates a linkage between the banking sector, the authors of fiat currencies and the cryptocurrencies enabling transactions to run harmoniously. eCurrency enables central banks to issue a digital fiat currency. In an actual sense, everyone in the world can be a user of our technology, meaning just anyone in any country in the world can be a member of eCurrency.

CI: What do you think about the recent adaptation of digital currency as a national currency by countries like Tunisia and Senegal?

GS: In Africa, a lot of governments hesitate to take on this technological advancement, basically in fear of high investment costs and a low local skills base for the technology service. Tunisia and Senegal have taken a bold step which will change the face of digital currencies in the entire world.

Cl: According to what you witnessed or heard from the ground, what is the experience like for these countries which have adopted these digital currencies?

GS: Senegal has just enrolled its digital currency recently, but for Tunisia, it was in 2015, about one year ago, basically nothing strange has yet appeared from the Tunisia finance sector indicating that the currency is making slow and steady progress.

Cl: Do you think some other countries will follow the trend and also adopt some sort of cryptocurrency as a nationally legal tender?

GS: Yes, Africa is open to technology currency. The countries of Benin, Togo and many other west African countries have joined the list to have their own cryptocurrencies too.

Cl: What is the main difficulty in enrolling such a project in these countries?

GS: The main difficulty of enrolling the project is winning the trust of the people to believe in the currency and its security against theft and loss of personal information.

Cl: Taking the case of Senegal, what is the major difference between their national blockchain based cryptocurrency and the common cryptocurrencies like Bitcoin or Ethereum?

GS: Senegal developed its own cryptocurrency independent of Bitcoin or Ethereum, they only shared one technology, that is Blockchain. Bitcoin is controlled by the bitcoin core, while digital currency created in Senegal is monitored by the bank of Senegal.

Cl: Do you think there are any risks in adopting these kinds of currencies?

GS: Currently Blockchain is the most secured ledger registry technology, I am not saying it cannot be hacked but what I am saying is that it provides a better option, a more reliable and cheaper one.

Cl: Africa as a continent is still lagging behind in a lot of development priorities, how is this digitized currency going to speed up the process of development in African countries?

GS: This is only one of the factors of development, actually I can call it an aid to real development. Development needs concrete infrastructural foundation and a calm political climate, financial technology services is just an aid to it.

Cl: What are the limitations of using these digitized versions of a country's legal tender?

GS: Apart from users who are generally off the grid, as in terms of electricity, every citizen has been able to use this currency. I can say it’s limitless just like the countries’ fiat currencies are.

Cl: How will this currency be regulated?

GS: The currency will be regulated by the country's central bank, according to the constitution of the country.

Cl: What are the costs of keeping these currencies working 24/7?

GS: Just like any other real currency, the currency needs to be monitored/watched over by a team of professional people, this actually is not a cost it’s actually a necessity of running any tangible.

Tags
Cryptocurrency Central Bank Banking Digital currency Development Technology Blockchain Bitcoin Fiat
Most Popular
May 08, 2021 at 11:25
News
There is Fire in the Cryptocurrency Market As Dogecoin Could Be the Next Big Thing
May 08, 2021 at 10:26
News
Polkadot Attempts to Breach $40 Resistance, Lacks Buyers at Higher Price Levels
May 08, 2021 at 09:39
News
Ethereum Continues Its Bullish Run As It Attempts to Jump Over $3,750 High
May 07, 2021 at 12:43
News
Ripple Faces Stiff Resistance at $1.70 High as Bears Attempt to Sink XRP to $1.00 Low
May 07, 2021 at 10:39
News
Revolut Users Will Gain Stronger Control of Their Bitcoins with New Withdrawal Feature
More