Belgium and Ireland to Auction off $126k Worth of Seized Bitcoin 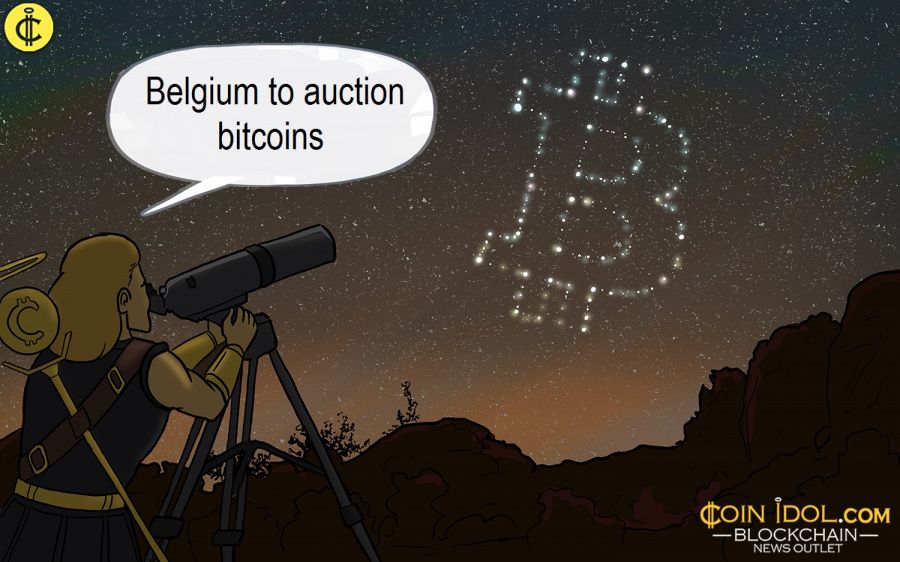 The Belgian administration, in partnership with Wilsons Auctions, will launch public sales for lots of Bitcoin, Bitcoin Cash and Bitcoin Gold. Digital exhibits have been seized in several court cases.

On March 24 in Dublin, a public and online mart will be organized in the best interests of the federal government of Belgium. Regardless of the current cryptocurrency market breakdown, the famous auction house will sell more than 110,000 euros (almost $126,000) worth of the above cryptocurrencies.

Bitcoins will be sold in lots ranging from 0.25 to 1 token while the other coins, BCH and BCG, will be offered in larger quantities. All without reserve price.

The sale follows a contract signed between Belgium and Wilsons Auctions earlier this year. In February, the group had already sold a lot of 315 bitcoins seized in a drug case on the darknet.

Public sales of cryptocurrencies will be held in Ireland and this will be the first event of its kind in this nation. The mart also involves the sale of debtor-owned assets by a creditor who fails to get bonds from government-owned assets or debtors. If Ireland keeps on moving with this momentum, then it is set to become a cryptocurrency and blockchain technology hub.

Bitcoin auctions with state participation are the first examples in this country, but this is not the first time in Bitcoin itself.

Tags
Bitcoin Cash Auction Ireland Belgium Cash Partnership Bitcoin Gold Gold Administration Bitcoin
Most Popular
Sep 23, 2021 at 13:10
News
El Salvadorans Embrace Bitcoin Despite Problems with the National Wallet
Sep 23, 2021 at 12:16
News
The Central Bank of Ukraine to Pay Salaries in Digital Hryvnia by the End of 2021
Sep 23, 2021 at 10:48
News
Binance Coin is in a Brief Uptrend, Faces Strong Rejection at the $385 Resistance
Sep 23, 2021 at 09:48
News
Bitcoin Struggles to Sustain Above $44,000 as It Reaches Overbought Region
Sep 22, 2021 at 12:12
News
Banks in EMEA Miss Out the Potential of Blockchain, with Only 19% Benefiting from the Technology
More