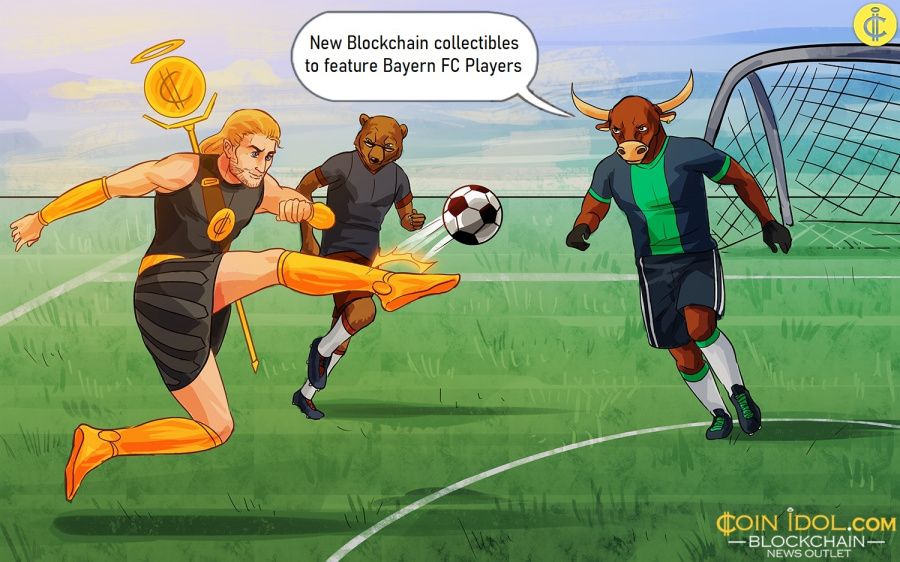 The German soccer giant Bayern Munich Football club has reached an agreement with a blockchain company to form a sports licensing platform. The football club plans to sell digital collectibles customized with the initials of Bayern Munich FC players using the advantages of Blockchain technology.

Further reports reveal that the collectibles will include among other digital figures of the club’s major players. The blockchain firm revealed that it also developed a fantasy sports system for football stars. The system is to engage football fans and the stars alike during competitive challenges.

The firm said football firms would be able to create virtual line-ups with the stars of their choices and hold matches against other stars. The system would also be able to predict the result of the game using history data it stores. Just like the crypto kitties, digital collectibles are constantly gaining attention from users.

Blockchain in the Football Industry

Recently Coinidol.com reported on a move by Italian football giant Juventus to have a blockchain platform to engage fans in the club’s major decisions. The club in a partnership with a blockchain startup firm planned to launch a token that allows fans to vote on club decisions. The token was meant to bridge the gap between the club and its worldwide fans.

Meanwhile, another major Italian football club Roma partnered with another blockchain startup firm to allow fans to influence club decisions too. The platform would also enable fans to purchase high end club products such as Jerseys, sports shoes and other sports-related clothing.

In the recent past, many major sports clubs partnered with blockchain startups for various solutions in the sports industry. Portuguese club Benfica, Miami Dolphins of the United States and Liverpool FC of England are some of the big names interested in Blockchain.

Impacts and Potential of Blockchain in the Football Industry

Although Blockchain and cryptocurrency initially matched with the Financial sector only, its application has reached the sports industry. Cryptocurrency tokens can be utilized to buy club tickets for different matches securely and efficiently. Although there are already existing only payment platforms, costs are still high.