January 16, 2018, most of the cryptocurrencies faced massive falls due to negative news from Asia. Following South Korea’s decision to ban cryptocurrency trading, China's central bank expressed its plans to block all local and offshore, individuals and businesses that provide centralized cryptocurrency exchange-like services.

According to reports, the Vice Governor of the People's Bank of China, Pan Gongsheng, stated that the government would continue to apply pressure to the virtual currency trade and prevent the build-up of risks in that market.

In 2017, China had already authorized local cryptocurrency exchanges to close their businesses and banned ICOs. Same as now, the announcement of the bans had a dramatic influence on the prices of most cryptocurrencies and they lost up to 30% in a day.

“The financial work conference clearly called for limiting ‘innovations’ that deviate from the need of the real economy and escape regulation.”

A day before, the cryptocurrency market cap as a whole was about $699 billion, but bad news coming from Asia kicked it down by more than 22% - to $539 billion. 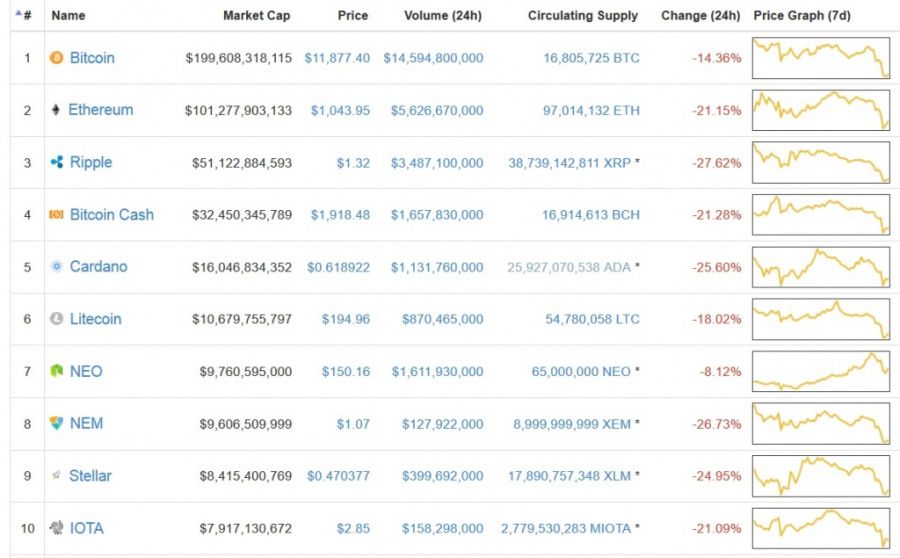