Article on CoinTelegraph is the Reason for Scammers to Steal 6,000 BTC 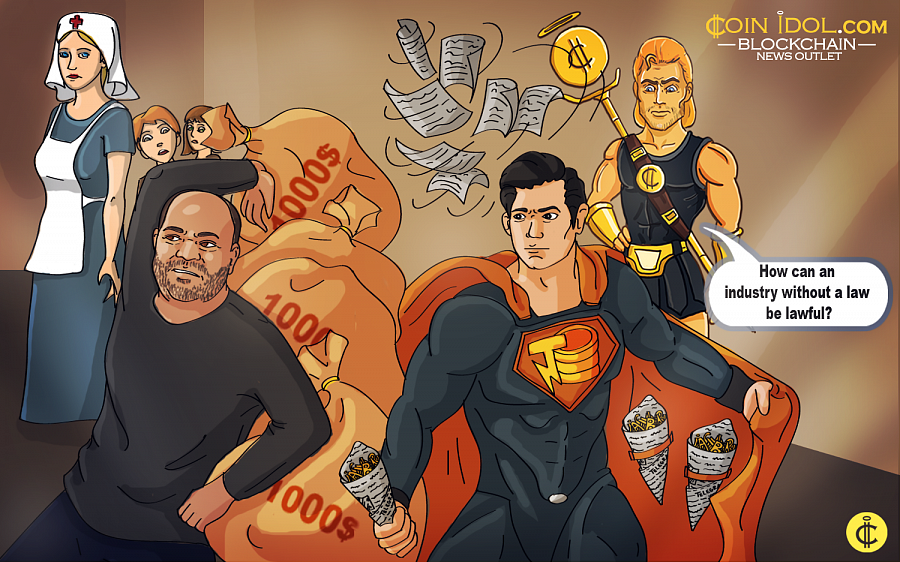 Ismail Malik, ICO strategist and CEO of Blockchain lab, named an article on CoinTelegraph as the reason for why 6000 BTC were stolen by Jawad Yaqub, who has launched the scams known as Deos and Razormind. Ismail Malik claims that he has also been scammed by Jawad, though he had been a part of the Jawad's team during the crowdsale and knows everything from the inside.

Ismail Malik is a real figure, who has taken part in many conferences worldwide as a speaker, that was proved by many members of the community. You can look at his biography at Angel.co or his profile on LinkedIn. 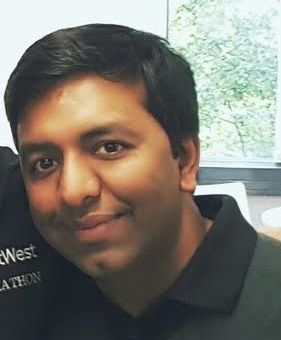 Ismail has over 20 years experience in Technology related startups and entrepreneurship covering Asset Management, Cryptocurrencies, Mobile Payments in the City of London and Emerging Markets working with leading firms such as Vodafone, Cellnet and News International. 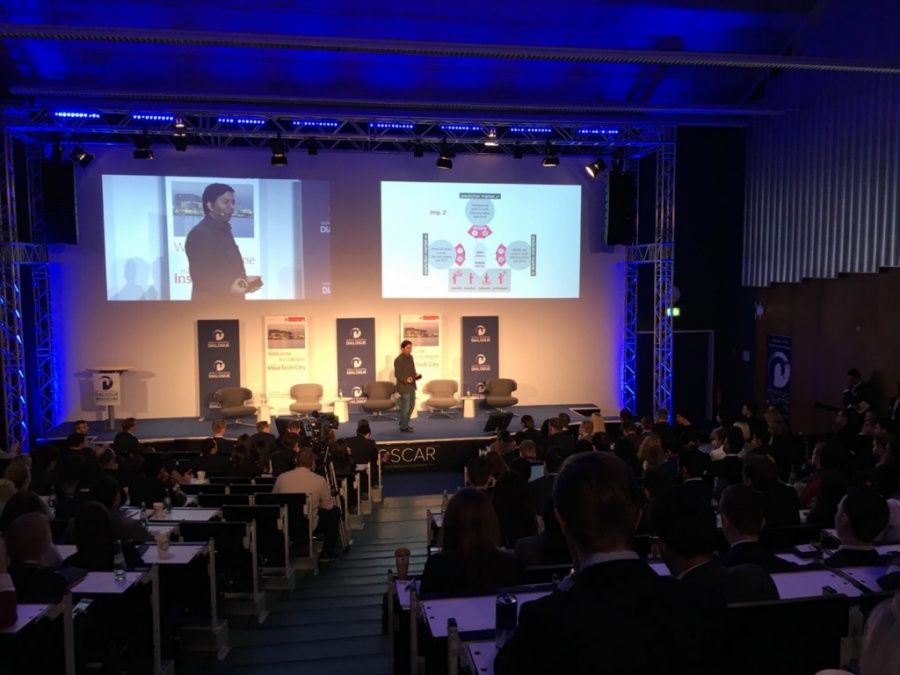 Ismail was the founder of the world’s first Blockchain Lab and first ‘DLT’ company within Level 39 at Canary Wharf  (world’s largest Fintech accelerator).

When Ismail Malik was approached by Coinidol to speak about the business of Jawad Yaqub and projects Deos and Razormind, he answered:

"Jawad is a scammer. No product. No developers. Nothing. It's one big scam." 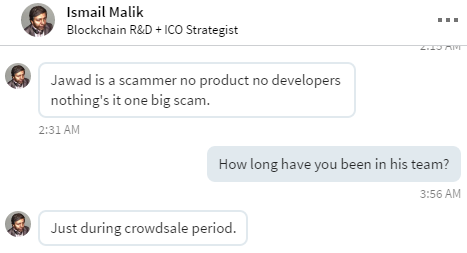 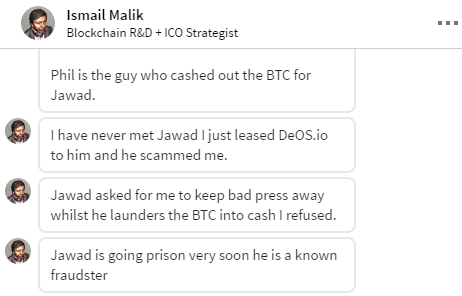 "Jawad has launched scam with DeOS and Razormind. 6000 BTC this time. He did this all through an article on CoinTelegraph."

He pointed out that the article at CoinTelegraph is full of wrong information: 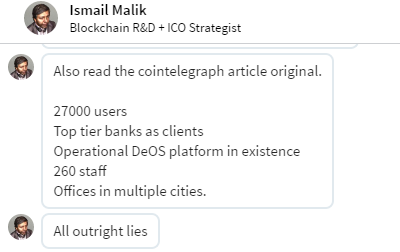 Everybody believes that CoinTelegraph has made this mistake accidently. But it is a mistake.  But why did CoinTelegraph support Jawad Yaqub and Razormind with a series of articles till the end of October 2016?

That is the reason, why we kindly ask the new team of CoinTelegraph and other world medias to correct their mistakes and undertake due diligence in checking facts, if they publish something without the opinion of independent experts, disclaimer and warning label "Sponsored article".

Such kinds of accidental articles are the reason why Coinidol is holding a public trial of scammers, who stole $10 mln in Bitcoin.

Coinidol thanks news and advertising companies that support opposition to scammers.

We thank those news outlets from different countries of the world, who responded to our request and supported the initiative of Coinidol to fight against scammers:

Coinidol doesn't want approval of the community. Nevertheless, Coinidol wants to initiate a big discussion. We need to raise the problem of support for scammers from world media, if scammers are ready to pay money for advertising. News Outlets must refuse such proposals. And we are asking the community what we should do, if we already received money to support reputation, but that during the research about the client found that he has stolen $10 mln in Bitcoin.

The first reaction about the Coinidol's initiative from Nathan Wosnack, president of blockchain company Ubitquity LLC, when he was proposed to become a member of the jury in this public trial was:
"Sweet. Ok. Sounds great. You can count on me. You know me. I fight for honesty and honor in the bitcoin space. I always like how Coinidol is honest and brings community together like Cointelegraph used to do (but no longer does!)".

(CoinTelegraph has changed its principles after George Gor and his team left the founders of CT at spring 2016 to found the news outlet Coinidol.) 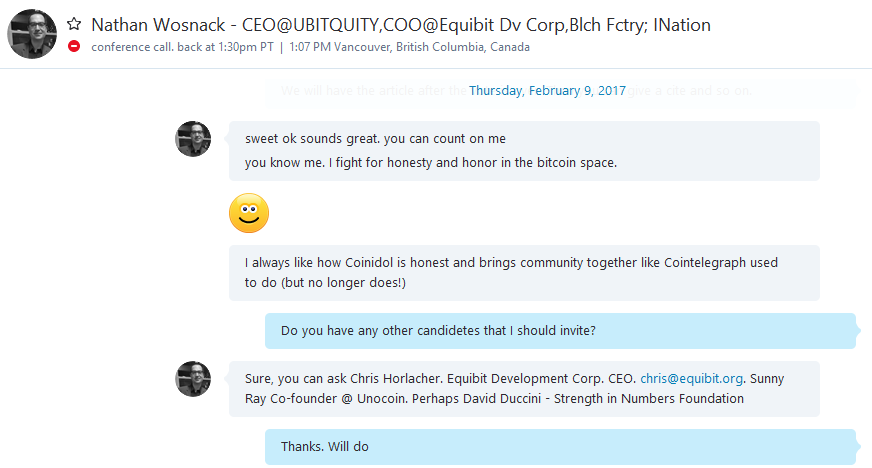 Moreover, Nathan Wosnack proposed his partners become members of the jury. But later he has changed his mind and asked us to remove him from the jury:

"After careful consideration, and the feedback from colleagues along with my lawyer, I've been told I should withdraw from this public trial. It could result in legal ramifications along with bad publicity. I have heard from his friend that Jawad may seek legal action. Therefore, I'd like to ask to have my name removed from participating."

Is it ok that an honest member of the crypto community is afraid of legal action from a scammer?

“This [public court] raises two very important philosophical questions, both of which I battle on a weekly basis: Is it okay to scam the scammer and can an industry without law be lawful?”, commented Johanna, COO and co-founder of Bitcoin PR Buzz. 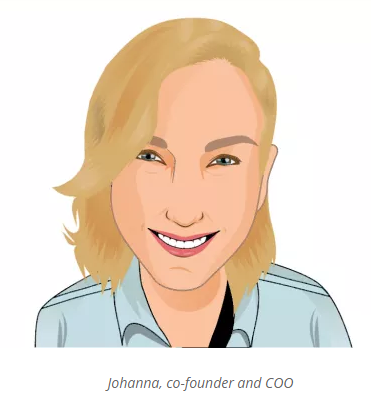 Richard Kastelein, Founder of The-blockchain.com news outlet, was one of the first to support Coinidol's trial as a juror and the one to warn Coinidol about the scam of Razormind, but later he has changed his mind:

"The media has no place in playing jury, judge and executioner, this is best left to the courts. We are professional media and journalists should try to remain objective and impartial in all cases when it comes to delivering news and this [kangaroo court] is far too far from that core fundamental tenet of journalism for me".

"It's very strange that many news sites have missed this case, as if there’s a lot of ICO scams worth $10 million taking place every day. If the community misses such cases undetected it will stumble over them again and again. Scammers will win, and I don’t appreciate such a scenario", said a member of the jury, Ivan Tikhonov, the founder of Bits.media, the biggest forum and news outlet about cryptocurrencies and Blockchain in Russia with 100 000 views per day. 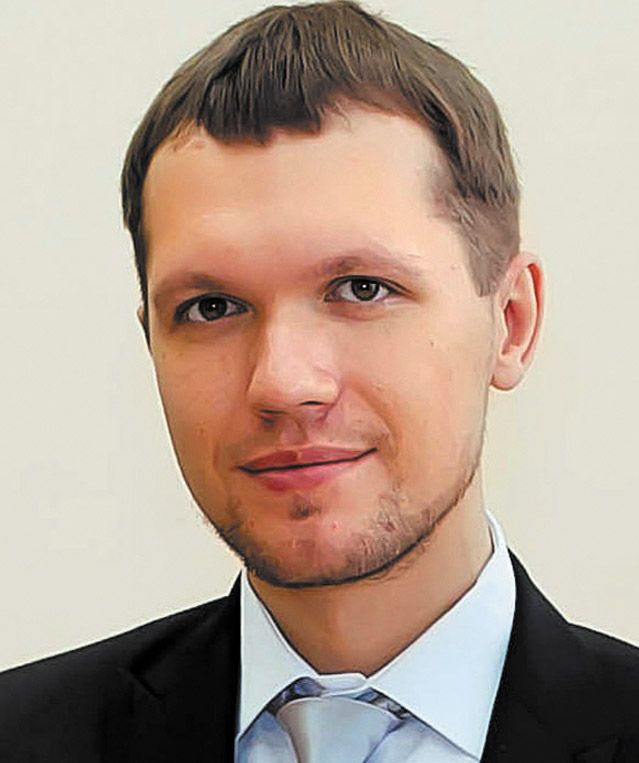 What will be the opinion of the crypto community and the members of the jury? We will know on Monday, March 20, when the results of the public trial will be published. But every member of the crypto community has time until the end of Friday, March 17. You can use your voice and vote about the variants of destiny for $1,000 in BTC, that Coinidol refused to use for advertising of scammer Jawad Yaqub and his projects Deos and Razormind.

Coinidol understands that it's not big money, but it's a matter of principles. What should an honest person or company do, if they get the information, that they have received money from a thief? Whether this money must be returned back to the criminal or it must be sent to a charity?