Ubitquity Deleted from jury of Deos' Trial After Advice from Lawyer 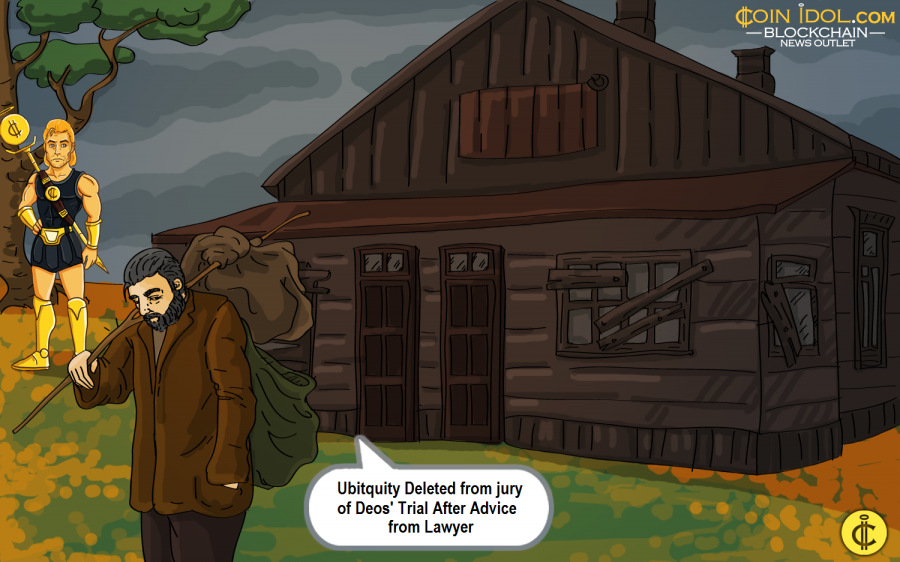 Nathan Wosnack, president of blockchain company Ubitquity, is removed from the jury.

Nathan Wosnack was one of the first who agreed to take part in this public trial as an honorary member of the jury. He told CoinIdol on the 9th of February 2017:

"Ok. You can count on me. You know me. I fight for honesty and honor in the bitcoin space. I always like how Coinidol is honest and brings community together."

Today, the 9th of March 2017, CoinIdol.com got a message from Nathan Wosnack:

"After careful consideration, and the feedback from colleagues along with my lawyer, I've been told I should withdraw from this public trial. It could result in legal ramifications along with bad publicity. I have heard from his friend that Jawad may seek legal action. Therefore, I'd like to ask to have my name removed from participating."

CoinIdol asked Nathan Wosnack, if he really wants to retreat, because it will look like weakness, and he confirmed that he wanted to do so. That’s why we fulfill his will.

Moreover, CoinIdol has another member of the jury, who is hesitating, because of his lawyers, co-founders and colleagues in his company. We will keep you updated on the situation with this prominent person as well.

Is it OK, if the truth is nothing in the crypto community? How long will the scammers steal money, using fake ICOs without any opposition? How can an industry without a law be lawful?

Bitcoins are just candy wrappers without any legal support as currency in many countries of the world. How can the crypto community fight the scammers, if not by means of public disclosure? Is it OK that legal players of the market are afraid of a fight with illegal scammers?

CoinIdol thanks all the members of the jury for their support in seeking justice.