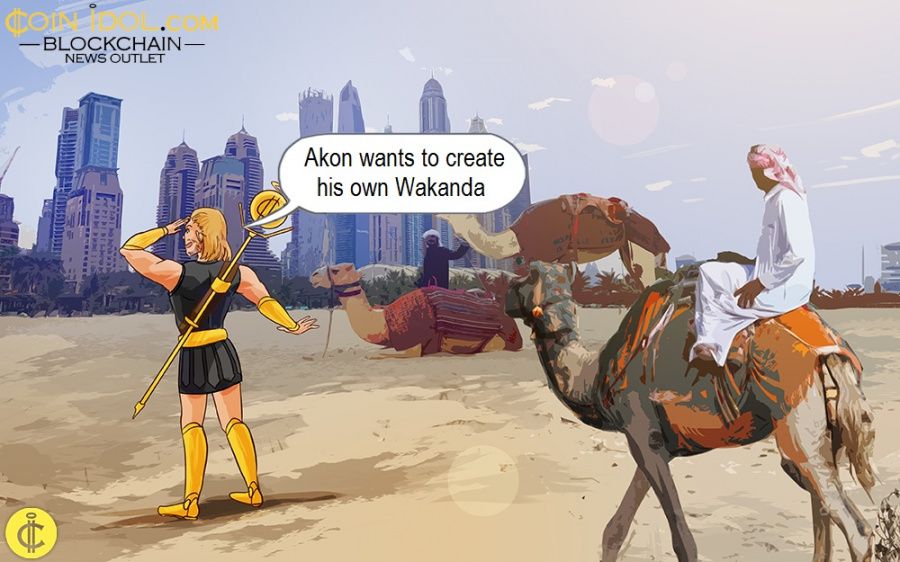 Akon, a former R&B singer and rapper, has cracked a deal with a Kenyan billionaire to set up a second smart city powered by the Akoin cryptocurrency.

Aliaune Thiam, aka Akon, was born in Senegal and lived there until the age of 7. Afterwards, he moved to New Jersey, the USA where he got his education. Now, Akon is a millionaire with a net worth of $80 million according to the Celebrity News report. He got famous in the entertainment industry in 2004 after releasing “Locked Up”.

What’s Akon up to in Africa?

Having fulfilled himself in music, the 47-year old pop star is currently on a mission to transform both the infrastructural and financial landscapes of the African continent by creating cities (Akon Cities) that are sustainable in nature and trade exclusively in Akoin cryptocurrency.

Named after himself, Akon successfully set up the first Akon City in Senegal, his ancestral land and aspires to cover the entire continent. The Senegal Akon City sits on a 2,000-acre land donated by the West African country’s President, Macky Sall.

However, the lack of payment infrastructure is far from being the only problem Africans face. Around 80% of the citizens of Sub-Saharan Africs have no access to electricity. To aid his fellow countrymen, Akon founded another project called Lighting Africa that was established in 2014 and would still see the entire continent lit by renewable energy (solar).

What is the Kenyan deal all about?

Now, the ambitious cryptocurrency entrepreneur has just reached a deal with Mwale Medical and Technology city to introduce his own cryptocurrency Akoin. As coinidol.com, a world blockchain news outlet has reported, the Akoin whitepaper was published in March 2020. According to it, the new cryptocurrency will act as an atomic swap between money and phone credits.

The thing is that most Africans living in rural areas use phone minutes and cards as a currency to buy things from their neighbours. However, it would be difficult to buy anything in bigger cities where people actually know what money is. That is the problem Akon wants to solve with his cryptocurrency.

However, that is far from being all he wants to do for his fellow countrymen. The new deal would support free digital payments at Mwale medical and technology city (MMTC) in Butere, Kakamega county. MMTC alone has about 35,000 people who make over 50 million transactions each year, presenting a huge opportunity for the new cryptocurrency. Kenya’s smartphone penetration rate is now at 21%, some of the highest in Africa and this could support the technology.