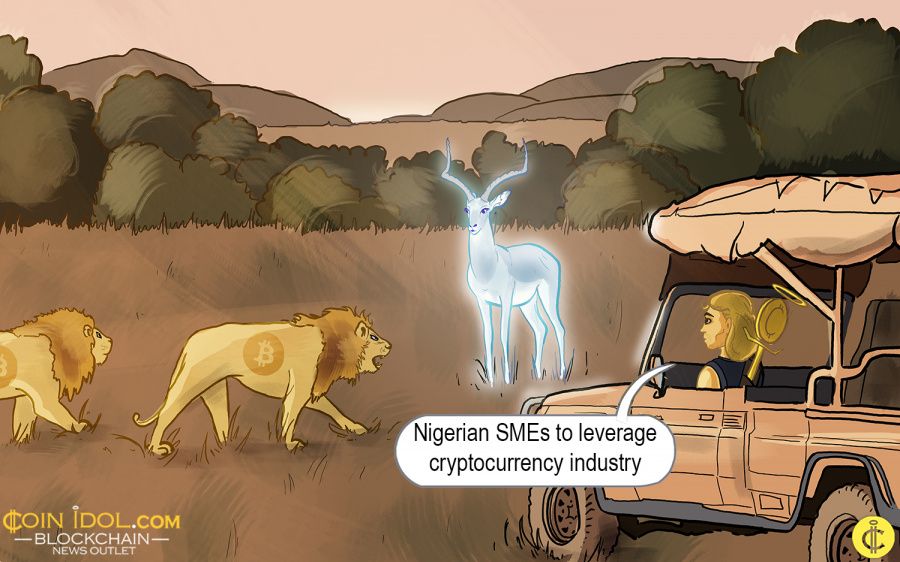 The bitcoin transaction volume increased in the first week of June this year to more than 1.5 billion (worth N1.4 billion) from 1.3 billion traded in the last week of May in Nigeria, Africa's biggest economy and most populated country. Individual investors made a lot of transactions using local exchanges compared to companies outside Nigeria that allow virtual currency dealings.

Cryptocurrency payment method is not largely used by most businesses in Nigeria due to poor regulatory landscape in the industry, lack of information on risks and profits that are associated with the Cryptocurrency dealings and others fear to get involved in the venture.

Lack of Cryptocurrency motivation is not a major country's problem that is deterring people to embrace and increase in crypto trading but rather a general global problem affecting especially small and medium scale businesses.

Only one-in-ten small-scale proprietors (13%) confirmed they already use cryptocurrency payments and 1/4 of these business owners disclosed that cryptocurrencies will never be widespread since many regulators bring pain to the industry by continuously showing red lights.

Blockchain technology that enables cryptocurrencies is already being used and tested by many governments worldwide but since businessmen fear incurring losses, countries need to find various ways to lessen financial risk but this should not stop small businesses from taking advantage of the market.

Small-scale businesses have to use blockchain technology which seems to be quick, efficient and cost-effective to avoid the complex web of bank-to-bank transactions. Blockchain technology has high significant computational power that enables users to carry out a crypto transaction in a few minutes. Litecoin and Ethereum cryptocurrencies verify transactions in less than 20 seconds. Bitcoin miners take almost 10 minutes to facilitate and verify a transaction from one person's wallet to another.

Entrepreneurs don't have to pay anyone to facilitate the transactions since cryptocurrencies act as peer-to-peer digital currency use decentralised ledgers hence cost effective and also reduces the barriers that are placed by third parties like banks.

"Small businesses can enjoy the benefits of cutting out middlemen - higher operation speed, fewer mistakes, and massive reduction in product and service costs - thanks to blockchain-powered strong smart contracts," an expert explains. "Strong smart contracts ensure performance without recourse to the courts."

Every business desires to have a genuine wallet downloaded from a credible cryptocurrency exchange such as Luno that is already existing in the country to avoid making losses.

Tags
Cryptocurrency Industry Nigeria Transaction Bitcoin June Volume Companies
Most Popular
Sep 14, 2021 at 17:41
Business
The Bmeebits.Com Collection Of 3D NFT Models On The Binance Smart Chain Was Sold Out In 12 Hours
Sep 14, 2021 at 12:27
News
Litecoin Consolidates Between $172 and $186 as It Reaches Equilibrium
Sep 14, 2021 at 11:43
News
The Central Bank of Russia is Taking Measures Against Bitcoin Payments
Sep 14, 2021 at 10:56
News
Ripple Struggles below $1.08 Resistance as Sellers Push Price to $1 Low
Sep 13, 2021 at 15:52
News
Covesting Launches Better Risk Management With Revised Margin Allocation Chart
More