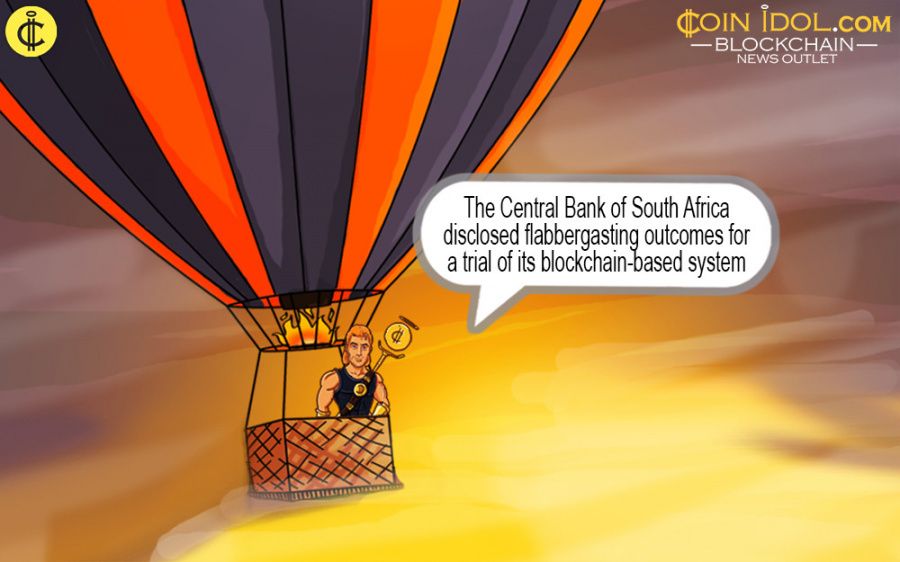 The Central Bank of South Africa disclosed flabbergasting outcomes on Tuesday for a particular trial of its blockchain-based system for interbank clearance and settlement.

South Africa Reserve Bank (SARB) noted that it has fully finished a 14-week accurate proof-of-concept that successfully managed to sort out the country's expected 70,000 daily payment transactions in a period of two hours taking an average of 1-2 seconds to create and generate each particular block while maintaining maximum anonymity.

According to Tuesday’s report issued by SARB, the pilot observed a lot of participation from banks consortium members such as Capitec, FirstRand, Absa, Standard Bank, Investec, Nedbank and Discovery Bank.

SARB indicated clearly in its report that the achievement of its proof-of-concept doesn't simply imply that it intends to substitute the already existing real-time gross settlement(RTGS) system with a live blockchain implementation.

The central bank further said that a lot of research and study has to be made and relevant regulatory plus compliance systems to be also properly installed in place.

The Bank noted in its report that the key considerations which need to be addressed immediately include the evaluation of supporting frameworks and other systems that merge with the RTGS system plus the legal, regulatory and compliance factors. Currently, South Africa has not yet planned for a fully live DLT-based payments system.

In February this year, SARB made the first official announcement on the trial of the project that was named “Khokha” in association with Ethereum startup ConsenSys. This giant payment platform is formed on top of Quorum, the blockchain platform enterprise that was created and developed by the major investment bank JPMorgan and Ethlab, an Ethereum startup.

ConsenSys has tirelessly cooperated hand in hand with Singapore’s central bank on the recent Project Ubin, a prudent effort by the authority to easily distribute a digitized token of the Singaporean dollar via blockchain technology.