adbank Launches the Most Transparent ICO of All Time 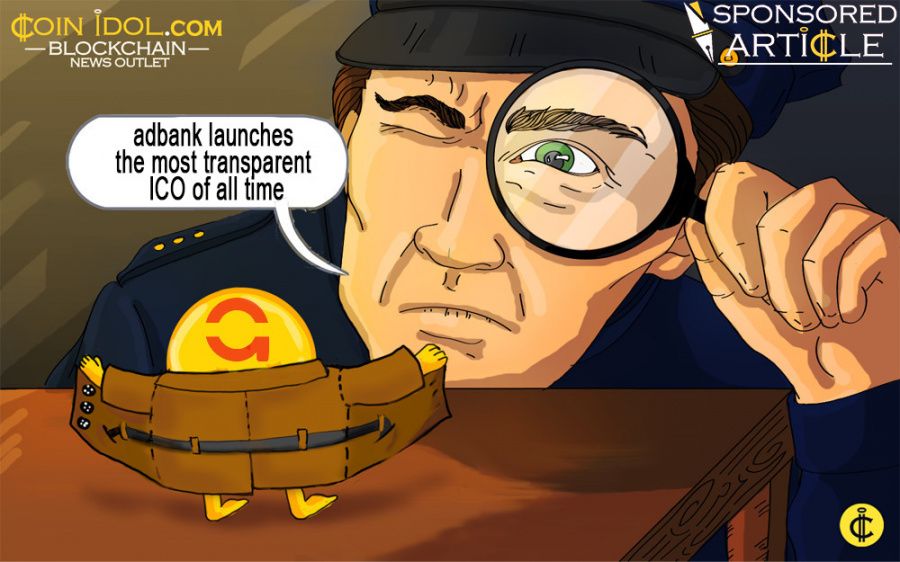 adbank kicks off their 50,000 etc raise with all cards on the table #askusanything

Canadian cofounders Jon Gillham, Angelo Dodaro, Chiron Bramberger, Kelsey Cole, and Leon Pereira have officially launched their Initial Coin Offering for adbank, a powerful peer-to-peer platform for digital advertisers and publishers built on and off the blockchain. The ICO opens after a successful private pre-sale of $3M USD.

Funds from the ICO will primarily be used to acquire existing ad networks with two letters of intent signed on behalf of adbank to formally purchase the soon-to-be-disclosed networks upon ICO completion end of January. The other funds will be used to bring in seasoned tech, media and advertising executives to take over the C-Suite while the co-founding team will move into key business and tech development roles under their leadership.

Every key business decision and strategic play will work to benefit the ADB token holders who will receive their tokens following the completion of the ICO. The founding team’s token pool will vest over a period of 3 years with 6 month cliffs payable based on individual performance.

Since commencing fundraising efforts on December 1st, adbank has raised over $3M USD in ETH, BTC, and PIVX in private pre-sales.

SEC regulations have increased to protect global investors as the crypto currency markets skyrocket and the adbank team is proud to work closely with legal counsel to ensure ethical, transparent and legal participation in the ICO.

As a result, hundreds of non-accredited hopeful participants have been turned away with numerous countries unable to participate including Canada, the home of the adbank team. (Sorry!)

Chief Marketing Officer Angelo Dodaro is eager to tackle the challenges of the current ICO landscape, the greatest perceived of which is the Ethereum network:

"We recognize the youth of Ethereum technology which can be compared to dial up internet in 1998. The recent strain on the Ethereum network due to the popularity of CryptoKitties has reignited the debate on Ether’s scalability issues. adbank has solved this by combining the best of off-chain and on-chain tech to ensure lightning fast transactions speeds that are required for a healthy advertising network. Transactions will be bundled on-chain to leverage the power of AI and blockchain, but function off chain for full control and optimal scalability of the platform. We will continue to invest time, money and resources into the Ethereum community to train and educate the world’s best developers so we can aid in scaling the ETH network faster.
adbank is excited to differentiate itself from other key players in the blockchain advertising space such as AdEx and BAT by introducing a suite of platform tools that existing advertising networks can implement to benefit from adbank’s unique technical innovations at no cost - specifically our patent-pending anti-fraud AI which is the first of it’s kind. The adbank network will focus on creating a a programmatic and real time bidding experience which most advertisers use today.”

adbank will be rolling out formal announcement of major advertising and publishing partners over the course of the ICO. The business development team will be continuing their global tour establishing leading global partnerships in Moscow, Paris, London, Amsterdam, New York, San Francisco, Toronto, Vancouver, Montreal, Chicago and Cincinatti.

adbank is a powerful online advertising platform built on and off the blockchain to remove middlemen and dramatically reduce the $50 billion problem of ad fraud using advanced AI technology.

PUBLISHERS MAKE MORE PROFIT: Sell ad space on your website and keep more of the ad revenue while never dealing with advertisers directly.

AD FRAUD IS DRAMATICALLY REDUCED: Our patent pending Al oracle is a fraudster’s worst nightmare and we open up our API so you can use them too.

A TRANSPARENT PLATFORM: A fully auditable, open source network built on Ethereum so you always know you’re getting what you pay for.