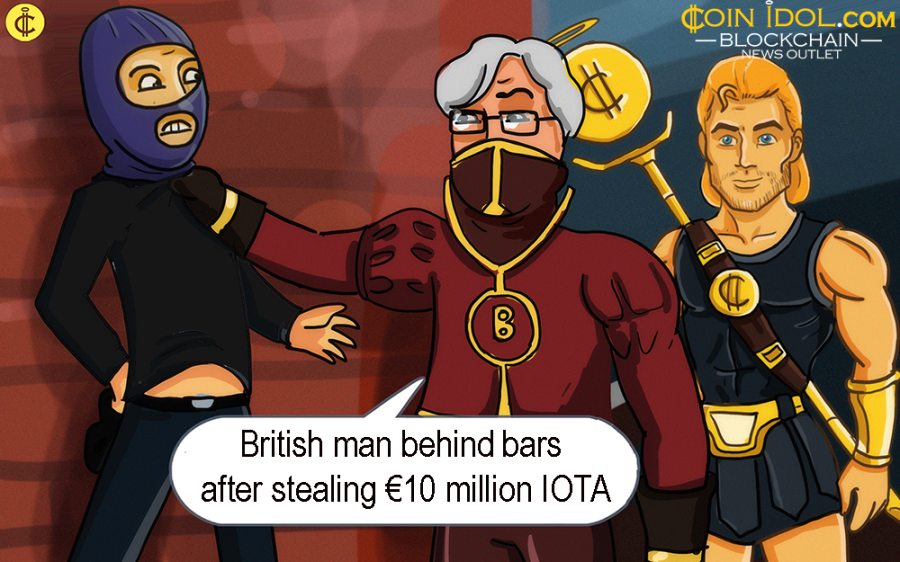 The suspect was confined by SEROCU following a search conducted at an address in Oxford. Several computers and other electronic gadgets were also clutched.

The effort was made following the surprise theft of more than €10 million in IOTA digital currency from around 85 victims globally since the beginning of last year.

The investigation started early last year when Hessen State police registered many reports from various people of money been illegally stolen from crypto wallets. Investigations showed the occurrence of fraud from the website Iotaseed.io, specifically targeting the customers of IOTA crypto.

IOTA wallets are safeguarded by an 81-digit seed, which can be produced using online seed-generators like those on the verified IOTA website. In the websites that were advertised online included a malevolent seed-generator functioning on iotaseed.io.

Many victims formed the seed on this official website in straightness, however, the seeds were kept in the background by the service provider. After, the criminal applied these to have access to the users’ (victims’) wallets and transacted their fund to other crypto wallets registered with phoney IDs.

In July last year, German authorities discovered a potential suspect who was behind the fraud case staying in the UK. The criminal case was put in the hands of the Joint Cybercrime Action Taskforce (J-CAT), in coordination with the international cooperation between the various major EU Member States engaged.

Furthermore, an operational meeting between British investigators, German and Europol’s European Cybercrime Centre, was later carried out at Europol’s headquarters. The meeting turned out to be an invaluable asset for the efficient exchange of intelligence and naked evidence between the British authorities and German, that has yielded this arrest.

A video that was posted on the official Europol website shows some substances and cash discovered by the investigators at the address of the accused. All these were confiscated and then taken for further examination.

In a related scenario, Bulgarian police also arrested men who stole around $5 million worth of cryptocurrency, as Coinidol reported in Late-November last year.