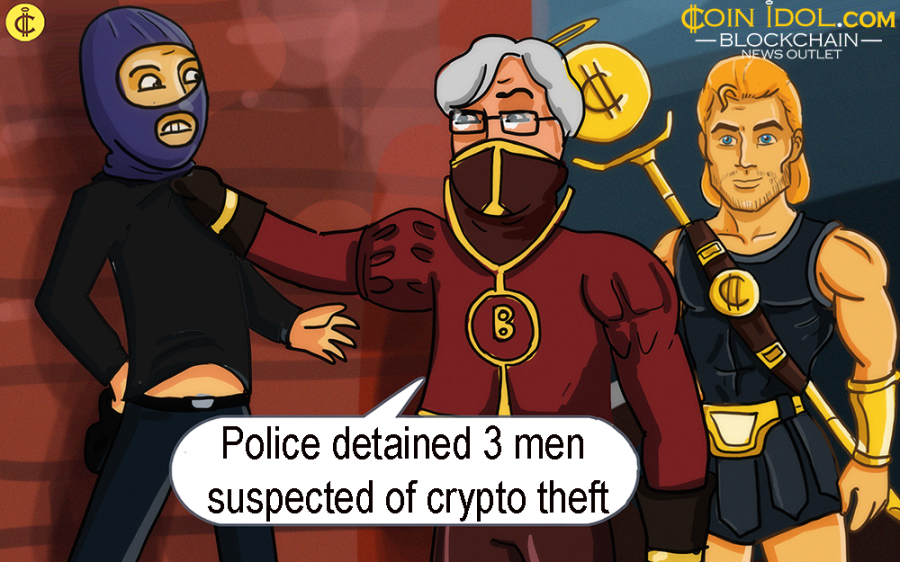 The Bulgarian Prosecutor's Office issued a statement on November 26, 2018, disclosing that the local police detained 3 men suspected of crypto theft.

The 3 men successfully stole nearly $5 million worth of crypto, according to the prosecutor in charge, stated a report by 24Chasa, a Bulgarian newspaper.

Bulgarian local police recovered $3 million in crypto - which means that $2 million is still missing. The police also captured a car that was owned by one of the three thieves, which is worth $34,800 bought from them stolen funds.

The Prosecutor's office revealed in a statement that the investigation, first rolled out in June 2018, is the first one in Bulgaria and the whole of Europe.

The 3 suspected thieves arrested seem to have been quietly sophisticated, with the prosecutor revealing that they had remarkably high 'computer literacy skills,' that helped them to easily steal the crypto.

In addition to detaining the 3 men, police went ahead to seize PCs, a set of notebooks, and hard drives.

The notebooks seem to show that the thieves were using a variety of accounts, with both genuine and false users, to steal crypto.

Two of the three thieves were confined after their arrest. The other man was released on court bail set at $29,000, though it's not yet known whether or not that money has been paid.

Thieves and scammers remain a big puzzle for the crypto sector. Crypto cybersecurity & intelligence company CipherTrace approximates that around $1 billion was illegally stolen within the first 9 months of this year alone.

For instance, Coinidol recently reported about the 5 men that were arrested by South Korean police following the hacking of 6,000 computers.

In March, the Spanish Police successfully arrested a hacker in Alicante, that stole $1.2 billion using crypto, and so many related cases.

Although concerned regulators, especially in the US, have put an end to people conducting crypto activities, very few individuals have been caught red-handed stealing crypto.

Catching thieves red-handed is made difficult by the anonymity which comes with trading in the digital currency market. In addition to that, CipherTrace appraises that 97% of crypto trading happens on unregulated exchanges, implying investors are highly vulnerable to scammers and fraudsters.