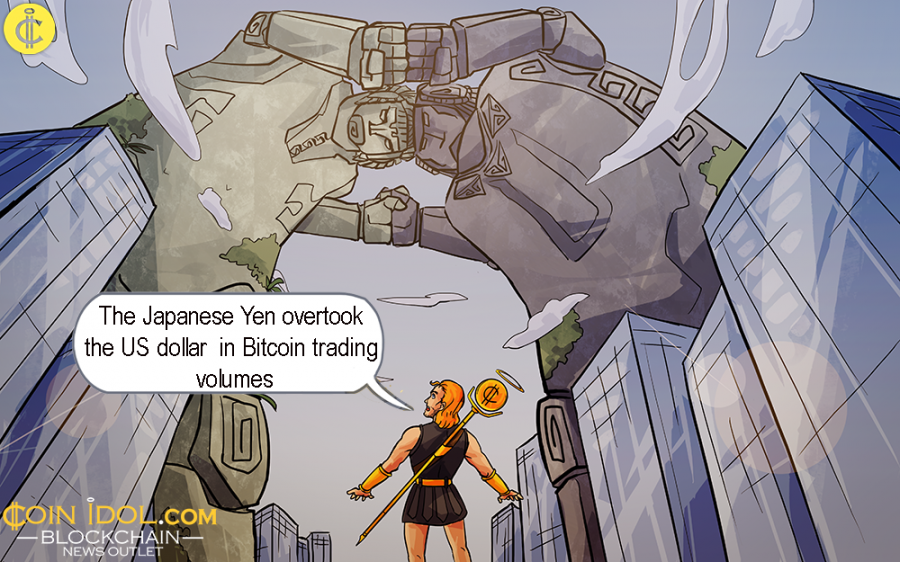 As Coinhills reported, the USD has been left behind, as the JPY has gained first place in the volumes of bitcoin trading all around the world. Over 490,000 BTC have been traded against the Yen over the 24 hours, making it 49% of the total Bitcoin trading volume. The USD has been down to around 46%.

It was recorded that the trading pair JPY/BTC had largely grown at the end of the last year. November saw BTC trading against the US dollar was at the level of 50% and 21% against the Japanese Yen. However, the situation can change at any moment as Bitcoin price can go rapidly down.

What has Caused the Shift?

There are certain events that may have caused the shift of dominance from the USD to the JPY. For example, Coincheck, one of the most powerful digital currency exchanges, was registered with the Financial Service Agency several weeks ago. Furthermore, recent studies prove that Asia has a bigger influence on the price of Bitcoin than Europe and America.

It should also be mentioned that Blockstream, Digital Garage, and Tokyo Tanshi formed a partnership to help the Japanese crypto market develop. They are planning to launch a JPY-pegged stablecoin. In addition, the Japanese authorities let cryptocurrency industry to regulate itself back in October. The Japan Virtual Currency Exchange Association was allowed to ensure operators followed legal laws and regulations.