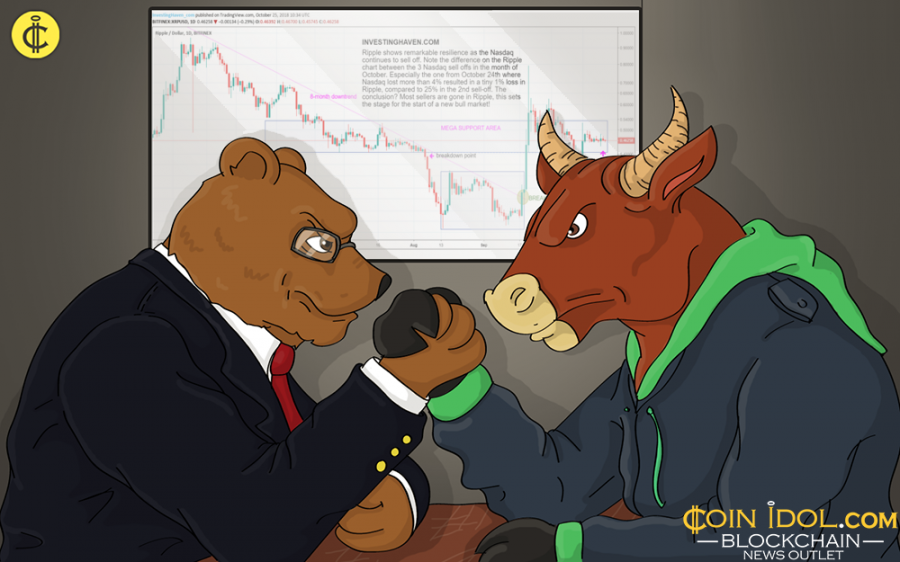 Ripple's token demonstrated a conspicuous resilience to the world stock market sell-off this week. The evidence is increasing that Ripple (XRP) has begun its fresh bull market with its amazing breakout of Thursday, September 20, 2018.

This is in line with Ripple’s prediction for next year as well as 5 crypto forecasts for next year, so it should not be surprising.

We are optimistic that Ripple sellers have exited the field. However, only buyers can make an upward effect on price.

Where sellers don't exist, the market has only buyers and synthetic short selling is impossible, just like BTC futures.

The traditional correlation between Ripple and the Nasdaq index appears to be weakening. Of course, that's good news for digital currency giants, particularly XRP bulls. It absolutely alludes that XRP is trailing to be the new Bitcoin (BTC).

Note on the XRP chart deep-rooted below how the Nasdaq index traded off thrice in October this year:

The recent resilience is extraordinary and noticeable, and it means one thing: XRP sellers have depleted in the region below the structural support which is below $0.4.

What Does this Mean?

These are early indicators of the new digital currency, particularly XRP, bull market. According to the January 27, 2018 prediction by InvestingHaven.com, it says that:

"1. The crash would end around summer time; 2. The first phase of a new bull market would begin immediately after summer."