World’s Universities have Started to Make Some Investments in Cryptocurrency 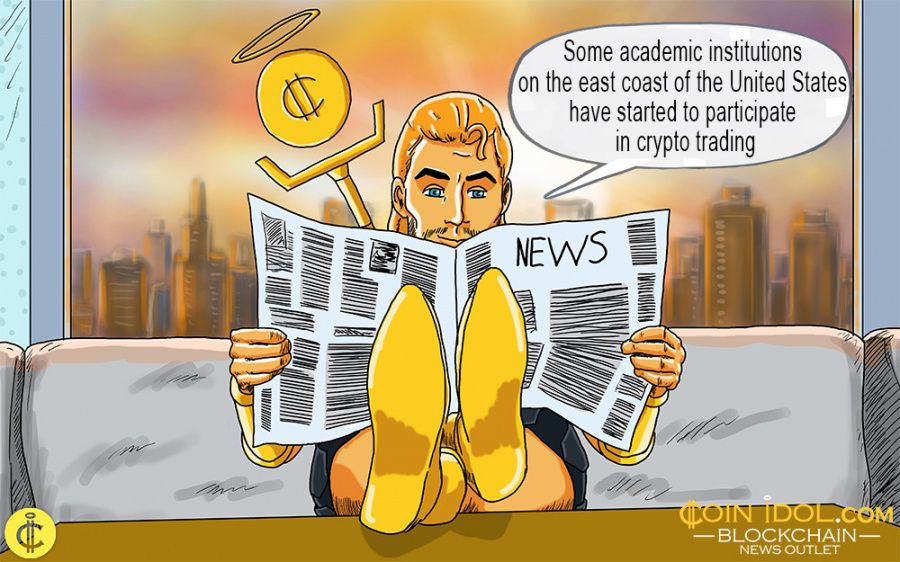 A crypto lawyer has shared an important piece of news, claiming that some academic institutions on the east coast of the United States have started to participate in crypto trading. The names of the universities are kept secret.

"I can’t say the names of [the academic institutions] because that’s attorney-client but we have people mostly on the East Coast that have begun doing investments in this space on a fairly modest basis."

According to Lore, the largest part of investments in the financial technology is conducted by “high net worth individuals” but within a highly limited range of their net worth. Lore said that it was expected and he considered it appropriate.

He also mentioned that financial market investors like pension funds could hardly begin to invest in digital currencies in the nearest future because of regulatory and tracking issues associated with virtual coins. However, university endowment funds may be considered an exception, as some of them have already made investments in the crypto market on a limited basis.

The point is that universities have shown a great interest in the blockchain technology as well as crypto coins. For instance, blockchain powered systems were applied in the universities of Tokyo and Edinburgh. Moreover, world’s most popular universities such as Cambridge and Oxford have started to offer fintech courses.