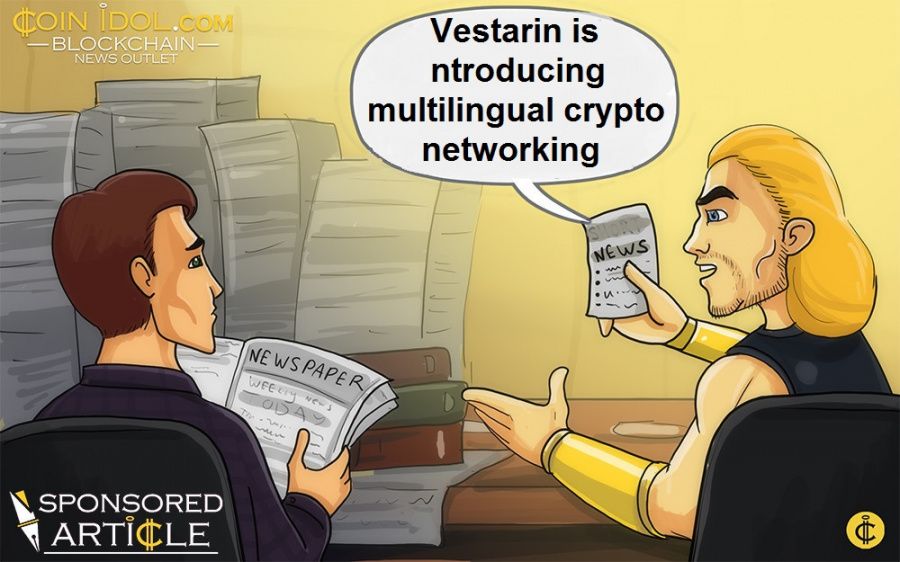 The rapidly growing market of cryptocurrency opens up the broadest prospects for business development and investors' prosperity. Very soon, the blockchain will become an integral part of any successful organization.

The report of the World Economic Forum says that by 2027 more than 10% of world GDP will be stored in the blockchain. Compared to 2013, the number of Google search requests for blockchain technology in 2017 increased by 18-20 times. Thus, most countries of the world noted its significant advantages, in particular:

• Reduction of costs due to lack of intermediaries.

• Reliability of data entered in the system.

• Absence of a centralized point, the failure of which would lead to destabilization of the entire system.

Blockchain technology is quickly becoming a global phenomenon already covering most of the countries in the world. This means, that for mass adoption and expansion, it has to be properly localized. This is why a World-uniting and multilingual platform Vestarin is being built.

"The Vestarin platform will be truly international," said its founder and CEO, Said Radzhabov.

Its functionality and all content contained on the platform will be available in 15 most common languages for comfortable use and understanding of its functionality. This is due to the fact that many do not speak English perfectly, however, they are well versed in the subtleties of the blockchain. Having made the platform multilingual, Vestarin embraces a large market and will quickly become popular all over the World.

Large number of new specialties appeared with the blockchain technology expansion. And such digital revolution provides enormous opportunities for all.

Networking in a crypto community means close and beneficial user interaction in the blockchain world. Crypto networking does not imply the extraction of instant profit, but it gives an opportunity to build long-term relationships in the world of blockades. This is a new acquaintance, an opportunity to increase the geography of sales, develop business and build a career.

One of the goals of Vestarin platform has set, is to unite a huge number of users, providing the opportunity for co-working on various crypto-related projects. This is a unique space for networking, the development of new useful connections, the search for specific profile professionals, business development, income multiplying, attracting hundreds and even thousands of new customers. All with the purpose of mass blockchain adoption.

Learn more about the fastest growing crypto-community and all the features of Vestarin at www.Vestarin.io

Coinidol's team searched for information about the Vestarin project on Google and found suspicion from users that it could be a scam.

Coinidol didn't carry out in-depth research of the project to prove or disprove this fact. But we have asked the CEO of Vestarin, Said Radzhabov, to comment on the main questions of the community.

He responded to Coinidol on the accusations of being a scam project:

"My teammate showed me your message, and i want to reply by myself. I see you found a reddit post from one guy who is spamming info about my personality, like it is scam when its not. My real name is Said Radzhabov (from the birth and forever, including in passport), however Energizer is a stage nickname that's it. My hobby is a music and traveling, you can find it through the internet because it's all public and fun, but when i am in office there is nothing interesting to show to the people, the only interesting is a result, which we does showing daily, including DEMO already. The Linkedin is a social platform for professional networks, it's not about your hobbies, that's why there is no info about my hobbies there. Admins have banned this guy in telegram i think because of the links, any links are not allowed because of scam and fishing links, we getting them up to hundred daily, they are just trying to protect the community, but this guy took it too close and made this post without a real analyze, it's not nice. If you can spend a minute and scroll down our official website https://www.vestarin.io , you can see the video presentation with my face https://www.youtube.com/watch?v=uK3CmNc5tUQ It's official vestarin presentation video from me as CEO. So why to say that me is a scam if this is me in FACT?

Let's be clear with people, but not make them confused. The CEO is me, Said Radzhabov, and we do create a blockchain based platform, so please NOTE, VESTARIN is NOT a scam. And CEO is me, and I am REAL.

It's not really bed to do your own analyze than to listen to a person who misunderstood the situation and made a hype from it. Some guys making money on it, they do create negative articles, and after asking a money to delete it. (I am not talking about exactly this guy, but just so you know)"