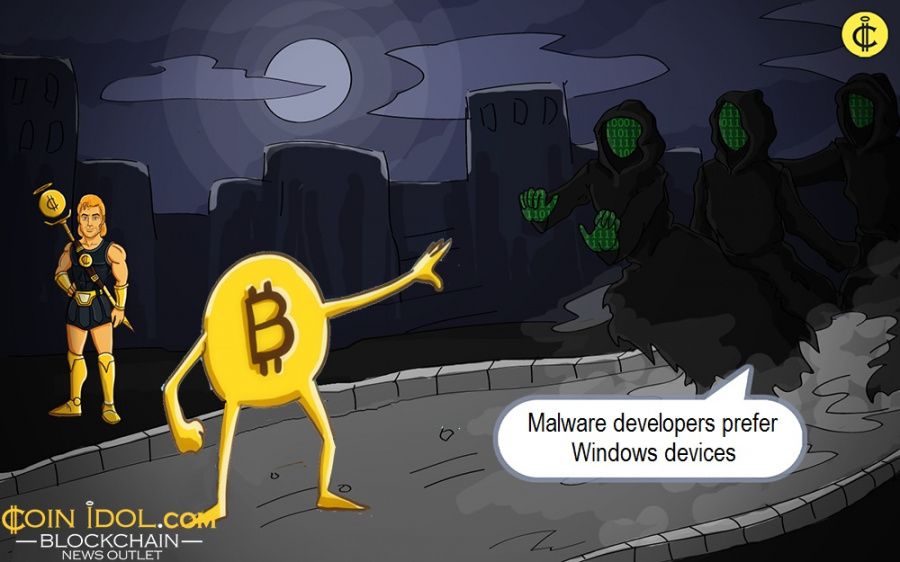 Various uncommon types of viruses have been created by cyber attackers and are now being used to attack cryptocurrency holders.

As per the report by Microsoft Security Intelligence, the virus was launched for sale in June this year. Microsoft has warned Windows users of this deadly malware to prevent their Operating Systems (OS) from being affected by this new virus. The company has unveiled that it is working around the clock to monitor the malware to see if there is any potential expansion of these activities, and this malware can be detected (as PWS:MSIL/Anubis.G!MTB) using their antimalware program called Windows Defender ATP.

Even though its name (Anubis) looks familiar, this virus is different from the Android banking virus. As per the research done by cyber experts at Microsoft, the virus is downloaded from particular websites, installed and then used to snip info and send it to a C2 server through an HTTP POST command.

However, as per now, there is little detailed info that has been issued out regarding the Windows Anubis virus. Loki bot was dispersed through social engineering emails that contained ‘.iso’ files as attachments.

Ways to prevent such viruses

A lot of people have fallen victims of hacks and they have registered enormous losses. Not much has been done to stop these cyber vices. Security experts have been regularly warning and advising cryptocurrency users to desist from opening any attachments, files, applications (apps), or emails from unknown sources, unfamiliar or suspicious.

Users should also use antivirus apps on their devices, scan their systems regularly, turn on unwanted app blocker present in some browsers, and always use updated apps and OS to protect themselves against digital currency miners and illicit software(s) which can compromise the performance of their systems or devices.

When users are logging into their sensitive accounts, including cryptoasset wallet accounts, banking apps, digital payment apps, they should also use secure browsers to stop malware from taking screenshots or copying keystrokes. Users should also make sure that they carry out a check on suspicious files, unknown apps, wary network traffic, and processes running in the background.

Windows is said to be the most malware beleaguered OS. Recently, it was attacked by a virus called Lucifer (was first detected in May 2020) and the people (creators) behind this virus used it to malevolently mine Monero. Lucifer uses a susceptibility of Windows OS to infect a device and install an XMRig to involve it in cryptocurrency mining. So cryptocurrency users using Windows OS to make transactions should stand warned of these and other powerful virus types that aim at stealing their funds.