What will 2019 be Like for Bitcoin? Great Growth or Further Recession? 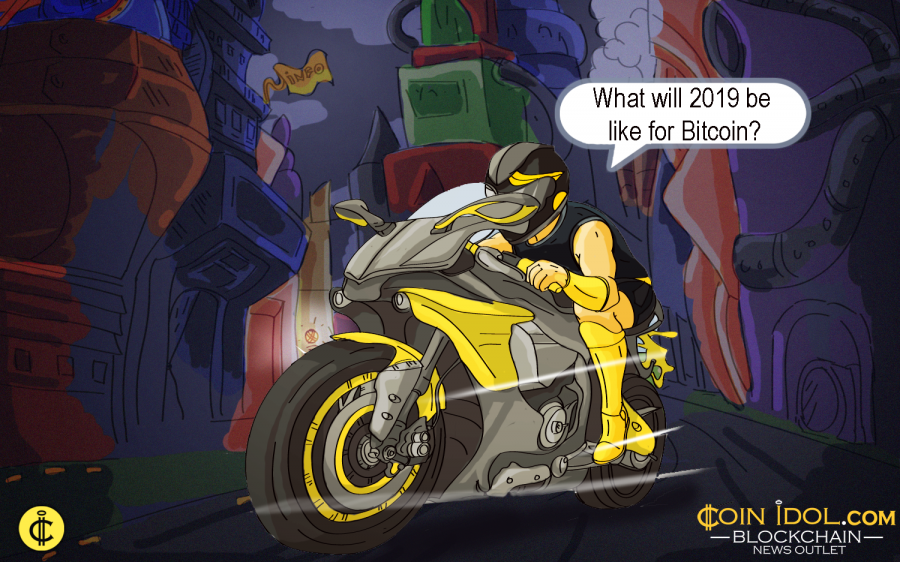 This year was not the best for crypto traders, let’s hope 2019 will open new opportunities for Bitcoin. Experts predict Bitcoin will largely increase in value by the end of next year. However, one must always be aware of certain risks related to fintech.

What do Experts Think?

Last week, tech investor Jeet Singh made a prediction at the World Economic Forum, stating that Bitcoin has a chance to reach $50,000 by the end of 2019. Another crypto evangelist, John McAfee, shares Mr Singh’s opinion of a bullish market trend but with a small amendment. He believes Bitcoin’s value will more likely jump up in 2020.

However, some people have begun to have vague thoughts towards Bitcoin. For example, Mike Novogratz, CEO of Galaxy Digital Capital and advocate of cryptocurrency, changed his bitcoin price prediction in a less positive direction. Earlier this year he said that Bitcoin could “easily” gain $40,000 over the year. Last month he officially admitted that the top virtual coin would not exceed $9,000. Furthermore, popular analyst Willy Woo claims that Bitcoin will not recover until the middle of 2019.

"Indeed, 2018 was not the best year for cryptocurrencies. The beginning of the January falling lasts for almost a year and was very similar in structure to the falling in 2014. We expect that the beginning of the Christmas holidays and the lack of drivers for growth (such as the launch of bitcoin futures last year) will lead to a further decline to the level of $2500-$3000 per BTC. Nevertheless, we believe that by February 2019, a protracted flat will begin, with the accumulation of the trading zone of most cryptocurrencies, without sharp fluctuations and most likely from the middle, we can expect the beginning of recovery and growth, which will be no less than in 2017 and will set new records in the prices of most crypto assets. But it is not possible to predict the exact time of the return to the past "high" now and can take up to 2 years."

What Can Influence the Bitcoin Price?

The price of Bitcoin may be controlled by a number of factors. First of all, if an application of Bitcoin ETF is to be accepted, it will definitely make Bitcoin go up. Even though the Securities and Exchange Commission has rejected various BTC ETF applications, the authority seems to be slowly moving towards the positive decision.

New users may also have a great influence on BTC value. In 2018 we have seen a shift of category of users from retail investors to institutional. This phenomenon partly caused the Bitcoin price stagnation over the largest part of the year. So, if the crypto market will attract the interest of a bigger number of institutional investors, the price of the digital currency will be profitably affected.