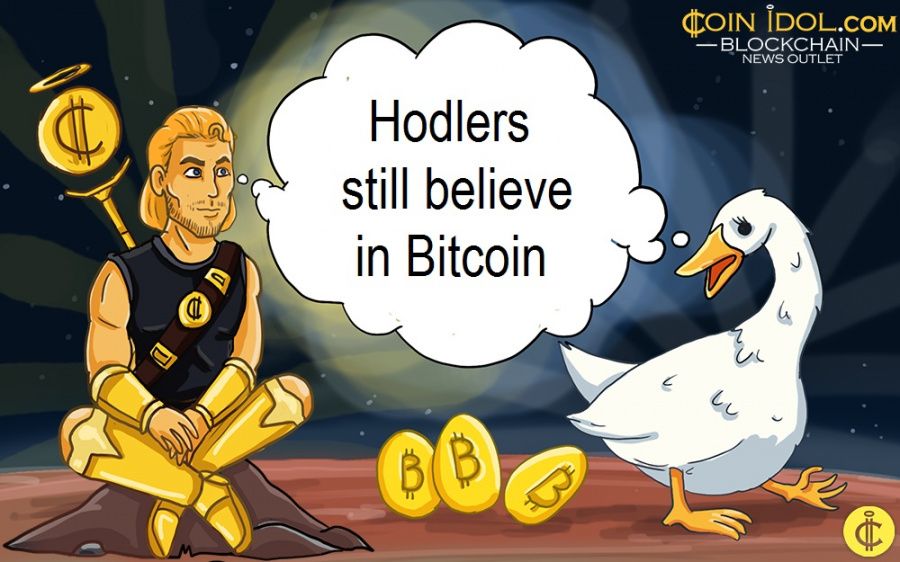 When whales hold Bitcoin, BTC’s circulation plummets which can enfeeble a bullish trajectory. The new report on cryptocurrency found out that under 20% of Bitcoin’s (BTC) total supply was moved for trading purposes.

This suggests that bitcoin value will likely surge as the oldest cryptocurrency moves nearer its fixed supply of 21 mln, with current demand factored in. The hegemony of the whales cannot be underestimated. They are key players to hefty price trends in the market, like in the case with BTC’s drastic price drop in March this year as the coronavirus epidemic put the globe to its knees.

The blockchain analyst company Chainalysis released a report indicating that only 3.5 mln BTCs, which account for 19% of the total supply, are used for transactions. The report classified 18.6 mln BTCs currently mined (as of June 2020) into three types according to the trend pattern.

Hodlers have never traded ¼ of their bitcoins

The proportion of BTC held by traders who have stored the cryptocurrency for years and have not sold over 25% of their holdings amounted to 60 percent of the total supply. The rest were ‘lost Bitcoins’ that have not been moved for more than 5 years, accounting for 20% of the stock.

It proves that hodlers seem to expect a significant and long-term price surge. According to coinidol.com, a world blockchain news outlet, they were still holding onto their bitcoins despite its dramatic drop in March 2020, when some analysts even predicted the end of cryptocurrencies. This demonstrates that they still believe in Bitcoin’s perspectives.

Bitcoin supply decreased as it went through its halving, which made hodler whales keep to their savings even stronger. As its supply reduces, BTC may become a significant source of liquidity for enduring investment. However, its price will have to first rise to a certain level to attract long-term venture capitalists to sell their Bitcoin.

The total amount of BTC traded on cryptocurrency exchanges in 2020 is 1.8 mln coins per week. About 40 percent of the inflows of the exchanges were handled by four major companies, namely, Bitfinex, Binance, Coinbase and Huobi. The next top 10 exchanges manage 36 percent and the rest hundreds of exchanges manage 24 percent of BTC.

The world’s leading cryptoasset Bitcoin is now changing hands above $9,400 with a market cap of over $172 billion, according to CoinMarketCap data. Amidst Covid-19 crisis, the coin has been trading above this level for around three weeks now. Albeit, since the digital currency market is volatile, it can turn the tables at any particular time; hence, heedful trading is highly recommended.