Walmart to Use Blockchain For Its Delivery Drones 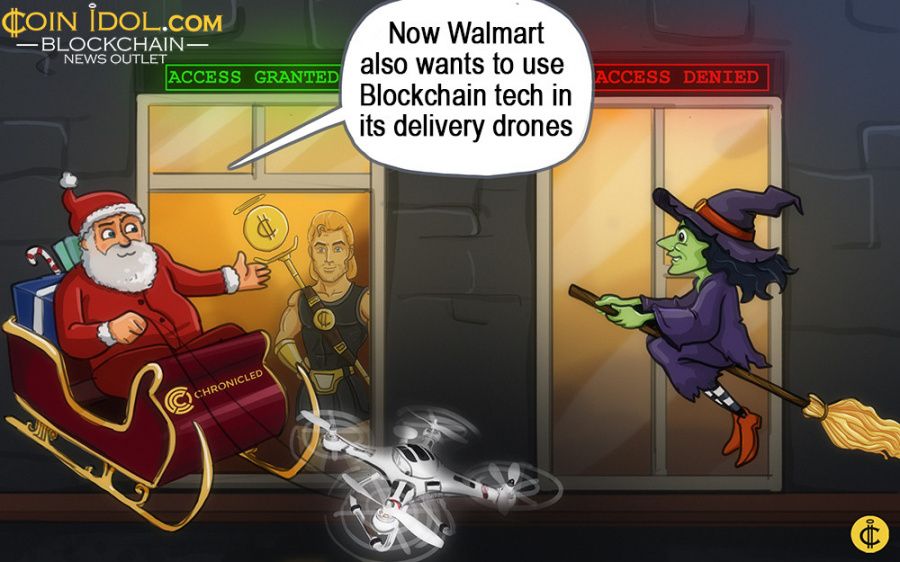 The American multinational retailing giant, Walmart, has filed a patent application with the United States Patent and Trademark Office (USPTO) for a new Blockchain-based delivery management system that would use drones.

According to the patent application filed last week, Walmart plans to use Blockchain technology to track, notify and verify delivery drones and the packages that they bring.

A San Francisco-based technology company, Chronicled, was the first to unveil its system of machine-to machine cooperation intermediated by Blockchain technology.

As we reported, using such a drone registered to the Blockchain a merchant can make a fast and secure delivery of any physical object, product, or machine to a customer's home and the door will be able to open automatically. The identity chip within the drone, manufactured by Silicon Labs and running Chronicled custom firmware, is based on the Ethereum blockchain and protects a private key that enables the chip to cryptographically sign random challenges, which is the basis for the blockchain authentication.