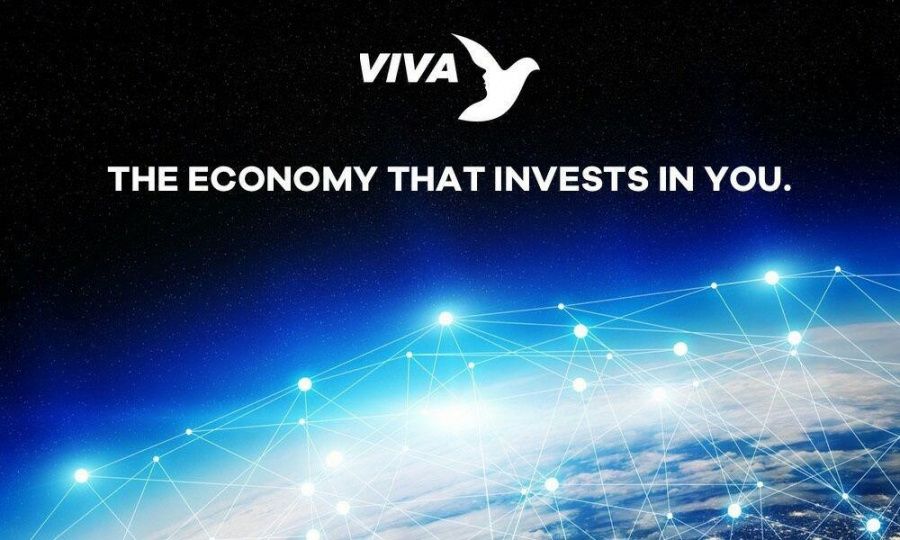 May 8, 2017, Cheyenne, USA –  Blockchain startup VIVA, has announced the launch of its digital currency economy and ICO crowdsale. The platform is built around the digital currency VIVA COIN with a primary focus on stability achieved by its three-tiered framework. The platform will be running the ICO/crowdsale of its VIVA Crown digital assets over a period of three weeks. In the duration, the platform will make 6500 elite VIVA Crowns available to investors. Holders of this unique VIVA Crown will receive a license to operate a VIVA Mint generating VIVA Coins and contribute in making key decisions in the VIVAconomy for the whole community’s benefit.

VIVA’s Blockchain platform’s three-tiered, economically stabilized digital currency framework incorporates innovative technologies that not only eliminate the extreme volatility that plagues other digital currencies but also has the potential to provide long-term stable recurring income for all participants.

Unlike other cryptocurrency projects, owning VIVA Crowns confers significant powers to the holders within VIVAconomy, including a license to operate a VIVA Mint. Every quarter each Crown Holder is assigned a “Treasury Right”, enabling them to mint an agreed upon quantity of VIVA Coins.

The rights conferred by owning a VIVA Crown can also be sold to a mint based on the wishes of the holder. In addition, the platform also sets aside a portion of VIVA Coins generated by transactions within the VIVAconomy for worthy causes. These Award Rights are also decided by the VIVA Crown Holders.

Each VIVA Crown Holder is also entitled to one vote regardless of the number of Crowns they may possess. These votes are invoked while making important decisions that influence the VIVAconomy. Thus, ensuring that every Crown token holder has an equal influence on the platform’s progress.

Dawn Parker-Waites, CEO of VIVA explains the VIVAconomy by saying,

“The VIVAconomy harnesses the cumulative power of all the transactions that occur in the system and reinvests them in the long-term future of everyone involved. Instead of inflating corporate balance sheets, we aim to provide financial stability for individual human beings. Thanks to our cutting-edge technology, there’s no longer a need to pay financiers for keeping track of transactions that can easily be handled on the blockchain at a fraction of the cost.”

In the VIVAconomy, a VIVA Crown is a software license that allows the Crown holder to participate in the economy’s decision-making process. From a business perspective, owning a VIVA Crown allows an individual to offset infrastructure costs by leveraging the economic energy that would otherwise feed banks and government. Similarly, from a legal standpoint, VIVA Crowns are in fact a software license required to run a mint in the VIVAconomy, making it an indispensable asset whose value is bound to appreciate with time.

When asked about the ICO, Parker-Waites added,

“It is, however important for people to understand that the project is just getting off the ground. The ICO is predominantly to raise funds so we can hire more developers. At the moment, the best way into or out of the VIVAconomy is through TradeQwik.com, or via bitShares since we have an asset and gateway there now as well. People can also use the two VIVA ATMs that have been operating in Mexico for over a year. We’re in this for the long haul, but there is still lots of work to be done. This opportunity is for people interested in getting in on the ground floor.”

Unlike the commonly used Proof of Work (PoW) or Proof of Stake (PoS), VIVA makes use of a concept called Proof of Authority (PoA). The Proof of Authority system supports instant transactions and seamless consensus. Proof of Authority disposes of certain egalitarian notions involved in weaker consensus models and replaces them with cryptographic signature proofs and business contracts enforced and backed by the network.

The VIVA Coin team’s decision to move away from widely used Proof of Stake to Proof of Authority consensus is influenced by its intention to overcome certain disadvantages of the former algorithm.

“While Proof of Stake might have certain advantages, it is not a panacea. The problem is that there is no guarantee that the validator with the highest collateral deposited for a block is going to operate the network in its best interests. In fact, Proof of Stake coins are plagued with issues because rational people tend to act in their own self-interest. PoS works only because the best interests of the largest stakeholders usually do align with those of the network. In the case of a disagreement, however, the largest stakeholder might assume the role of the supreme commander.”

The total number of VIVA Crowns are capped at 42,000, mined at the rate of one Crown per week following the conclusion of the ICO. Through the crowdsale, VIVA is in the process of raising funds required to expand its team of developers to ensure rapid development of the entire VIVA ecosystem. VIVA has lined up a series of enterprise-class business applications built on its technology which will be released soon.

By bringing more and more real world solutions into the ecosystem, the company will continue to improve the financial future of all participants. The beauty of VIVAconomy is that every VIVA plays a role in the economic growth of the community.

To get started in the  VIVAconomy, participants can go to the platform’s ICO page and follow the simple instructions. Supported currencies include Bitcoin (BTC), LiteCoin (LTC), Ethereum (ETH), Steem Backed Dollars (SBD), STEEM (STEEM), USD, GOLOS (GOLOS), Mexican Pesos (MXN) and WANGCHANGE (XWANG). VIVA intends to extend support to other currencies and will update the page as and when they are added.

For detailed information on how the VIVAconomy works, readers should visit  www.vivaco.in and download the  project’s whitepaper.

Media requests should be directed to Dennis Lewis by email at  dhlewis@vivaco.in, and of course, please feel free to visit chat.vivaco.in for a live chat.

VIVA is the source of this content. This press release is for informational purposes only and should not be viewed as an endorsement by CoinIdol. We take no responsibility and give no guarantees, warranties or representations, implied or otherwise, for the content or accuracy.  Readers should do their own research before investing funds in any company.