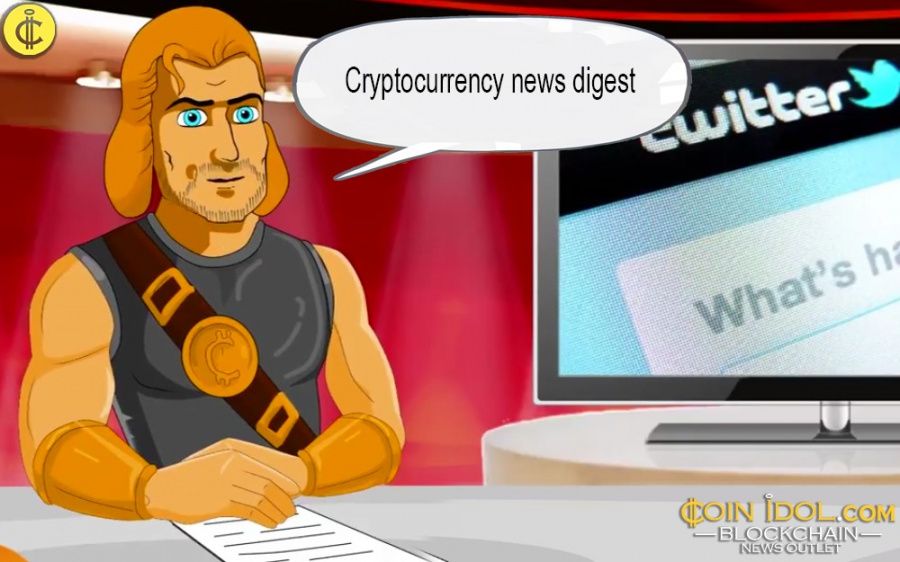 Mitsubishi UFJ Financial Group, one of the largest banking units of Japanese financial market, has an intention to launch a cryptocurrency. The trial is expected to be tested in a number of areas of Japan next year.

The move may not have a strong influence on cryptocurrency market, as the M U F G coin will be issued next year. However, the fin tech project does facilitate wider adoption and acceptance of digital currency.

Jack Dorsey, Twitter and Square Chief Executive Officer confirmed to be a fan of crypto currency. He believes that Bitcoin will win the battle with other crypto currencies like Ethereum goes on to become the internet native currency in the future. Dorsey declared that he has hopes that bitcoin will continue to establish itself as the primary method of payments. He is also a personal investor in bitcoin who expects the digital currency to be applied in trading of simple things like coffee and he anticipated a ten-year timeline for bitcoin to have dominated the industry.

Crypto currency ads were not taken friendly by a number of world’s biggest companies on the financial market, including Facebook and Google. Developed and operated by Microsoft, Bing platform joined the movement and decided to ban crypto tokens ads starting July 2018. Microsofts move was highly predictable, as the company had already shown its mistrust to digital currency ads. However, the decision to ban advertisements of virtual coins on Bing is quite logical and barely has an influence on the crypto currency market.