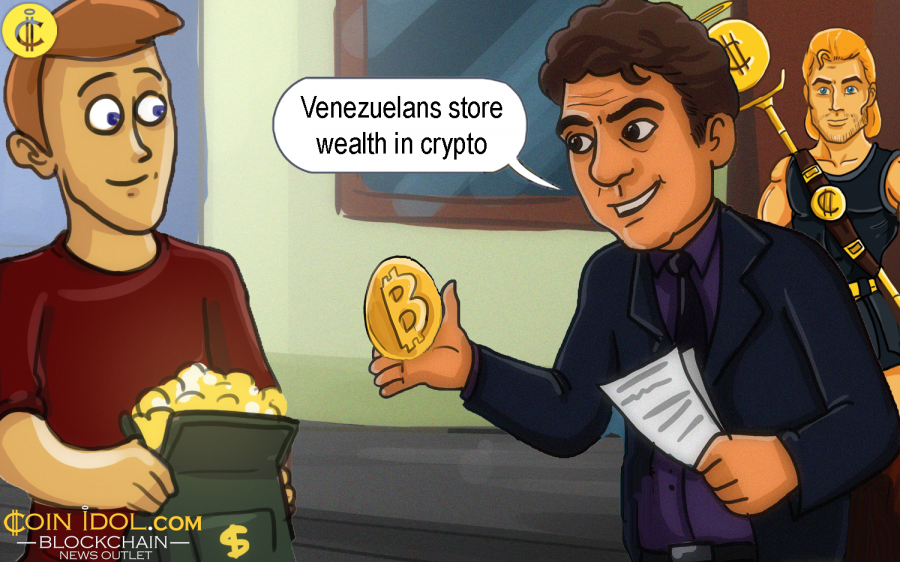 The Bolivarian Republic of Venezuela, one of the most oil-rich countries in South America and the world at large, is still experiencing political instabilities and this has led its economy to stagnate. The traditional (fiat) currency bolivar has lost value due to the hyperinflation that hit the country, this has forced its citizens to massively store their wealth in crypto currencies such as petro, Bitcoin, Ethereum, Ripple and others.

Impoverished nationals are taking advantage of digital currencies to manage their transactions in order to make lives somehow easy and convenient inside the territory.

Crypto to Leverage the Economy

Economically, the gross domestic product (GDP) has fallen to -16.5% and the inflation rate has exceeded 10 million percent, putting the country in the same league as the Weimar Republic after the end of the 1st World War in 1918.

What is evident is that the present economic condition is posing a direct impact on the now needy, penurious and disadvantaged citizens of the country.

Since the bolivar has lost value, Venezuela is not able to secure import contracts to get imported products needed on a day-to-day basis, a thing that has led to the drying up of stores in terms of stock.

The government of Nicolas Maduro supports the use of crypto, a few years ago, the country created its own coin called the Petro which is oil-pegged.

Last month, the authority in charge of blockchain and crypto regulation, SUNACRIP – the National Superintendence of Cryptocurrencies Related Activities of Venezuela, came out to impose a 15% commission on all payments carried out using cryptocurrencies.

In October last year, there is a time when the government of Venezuela forced its citizens to always use petro when purchasing passports. It made it very hard for people to acquire passports using bolivar.

The growth in the use of blockchain technology and cryptocurrencies saw the regional price soar a common economic condition when demand is very high in a particular region, in fact many happening in politically unstable countries such as Zimbabwe, Libya, Syria, etc.

With the gradually increasing disagreements, cold wars and economic wars between different nations such as U.S, China, Russia, North Korea and others, could lead to people resorting to digital assets.

Tags
Cryptocurrency Wealth Venezuela Value Petro Economy Ripple Ethereum
Most Popular
Apr 12, 2021 at 13:04
News
Ripple Is a Step Away From Outperforming Binance Coin by Market Cap
Apr 12, 2021 at 12:11
News
Ethereum Slumps Below $2,150, Unable To Sustain Above $2,200 Resistance Level
Apr 12, 2021 at 10:38
News
Bitcoin Breaks above $60,000 Support, Struggles to Resume Upside Momentum
Apr 12, 2021 at 08:15
PR
MyCryptoParadise Opens the Door to Trading Like a Professional With the Best Crypto Signals Being Offered Today
Apr 11, 2021 at 11:11
News
Female President of Tanzania Expected to Mitigate the Climate for Cryptocurrency in the Country
More