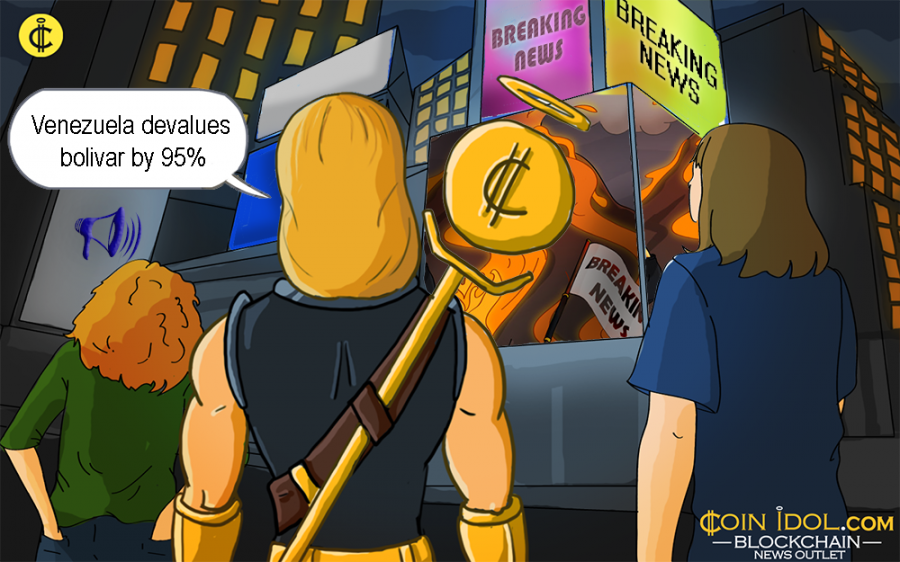 The government of Venezuela has taken on several desperate, unorthodox initiatives to revive and save its economy from failing completely. In the most major move, the government has devalued Bolivar, its national currency and pegged it to Petrol, oil-backed crypto.

The new pegged currency will be called the 'sovereign bolivar' and will "move in line with changes to the Petro, which is itself linked to movements in oil prices." Currently, the government has allotted a value of around $60 to every Petri coin (approx 3600 sovereign bolivars).

Quality of Life to Improve

Nicolas Maduro, President of Venezuela, has proclaimed a huge 3000% rise in the national minimum wage. That means citizens will earn no less than $30 monthly (approx 1800 sovereign bolivar). There are still different reactions to how this requirement will be achieved.

The government also wants to stop some of its gasoline subsidies and to increase the country's VAT to 4% which the government says will save the nation around $10 billion annually.

An IMF report that was published in July 2018 anticipated that the economy of Venezuela will shrink by 18% before this year ends as inflation is yet to reach as high as 1,000,000%.

From Genesis, President Maduro regarded the Petro as a thing that would elevate well being and bring power nearer to the citizens.

Nevertheless, a lot of criticisms surrounding Petro's legitimacy were raised immediately when the currency was released. Fritz Charles, the founder of CoinGamma, told CoinIdol that the Petro was nothing  but "a phantom launch aimed at establishing a positive public perception."

“If a group of individuals have publicly shown themselves incapable of providing good stewardship over paper money, why would anyone think their stewardship practices would change when managing digital money?… It is entirely accurate to say that a cryptocurrency is only as good as its administrators are wise.”

Whether the Petro is legitimate or not, crypto is helping to change the lives of Venezuelans and the economy at large. Several citizens have resorted to Bitcoin and Bitcoin mining as one way of earning and keeping wealth, even if the government prohibited the importation of cryptocurrency mining equipment this year in May.

“We are in an evaluation process to select and authorize companies that are qualified to import and market digital mining equipment and be responsible for the respective guarantees in our country,” said Superintendent Carlo Vargas at the launch of the ban.