Digital Dollar Wallet to Each American: USA Plans to Launch its Digital Currency 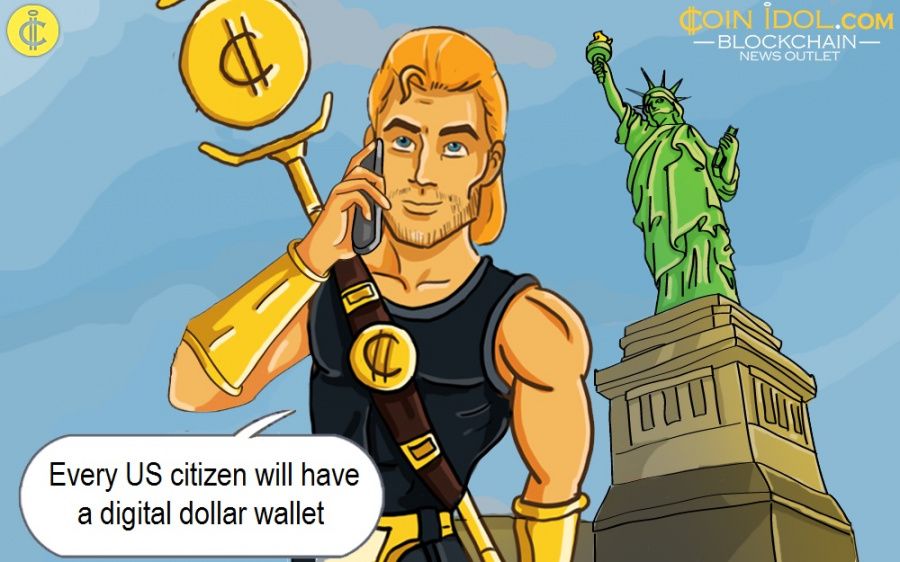 It seems the rumours about the launch of digital dollars have been confirmed. The US Federal Reserve has been making actual efforts to launch their Central Bank Digital Currency (CBDC).

Now, the Federal Reserve Board of Governors have partnered with some Federal Reserve Banks to develop basic policies and assess possible issues of risks. The Board has established a technology lab to test various platforms and solutions compatible with development and launch of a CBDC.

Obviously, the USA realises the potential of digital currencies. That is why the country’s Federal Reserve Banks are making practical efforts to develop a viable CBDC. At the 20th Anniversary Chicago Payments Symposium, the president of the Federal Reserve Bank of Cleveland, Loretta J. Mester, stated:

“Other proposals would create a new payments instrument, digital cash, which would be just like the physical currency issued by central banks today, but in a digital form and, potentially, without the anonymity of physical currency.”

Rumours about the launch of the digital dollar popped up back in April 2020, when the US House of Representatives drafted a coronavirus relief package bill. As CoinIdol, a world blockchain news outlet, reported, the bill stipulated the creation of digital wallets for all citizens of the USA, where the Federal Reserve would allocate relief payments.

This scheme indirectly hinted to the possibility of creating the US CBDC in order to make the payment allocation possible. However, no practical measures for implementing the initiative have been reported until now. Ms. Mester commented on the framework developed by the House of Representatives:

“Legislation has proposed that each American has an account at the Fed in which digital dollars could be deposited, as liabilities of the Federal Reserve Banks, which could be used for emergency payments.”

Despite practical efforts being made by the US Federal Reserve, the US citizens seem to still be cautious about this new digital form of money. A survey made by Genesis Mining hashpower provider, showed that only 24.8% of the surveyed citizens are willing to switch to the digital digital dollar, with 60% having refused to abandon fiat money.

However, as compared to 2019, this showed a significant increase of interest in digital money. Back then, only 13.3% of respondents were willing to turn to digital currency, while 76.2% were negative about it. At the same time, the number of those undecided increased from 10.5% to 15.3%. This proves that the overall rapid digitization has forced people to explore virtual means of payments as a viable alternative to fiat money.

Despite the CBDC will have little resemblance to cryptocurrencies such as bitcoin due to its centralized and fully controlled nature, its full-scale launch would give a country a significant economic advantage. For this reason, many central banks have been exploring the potential of CBDC.

For now, China has come the closest to actually launching its digital yuan. Currently, the People’s Bank of China has been practically testing the currency for micro-payments across several locations within the country’s borders. Considering the tensed relations between China and the USA, the full-scale deployment of the first CBDC can become vital in this rivalry.