U.S President Invested in Cryptocurrencies, That's the Reason He Isn't Banning Them 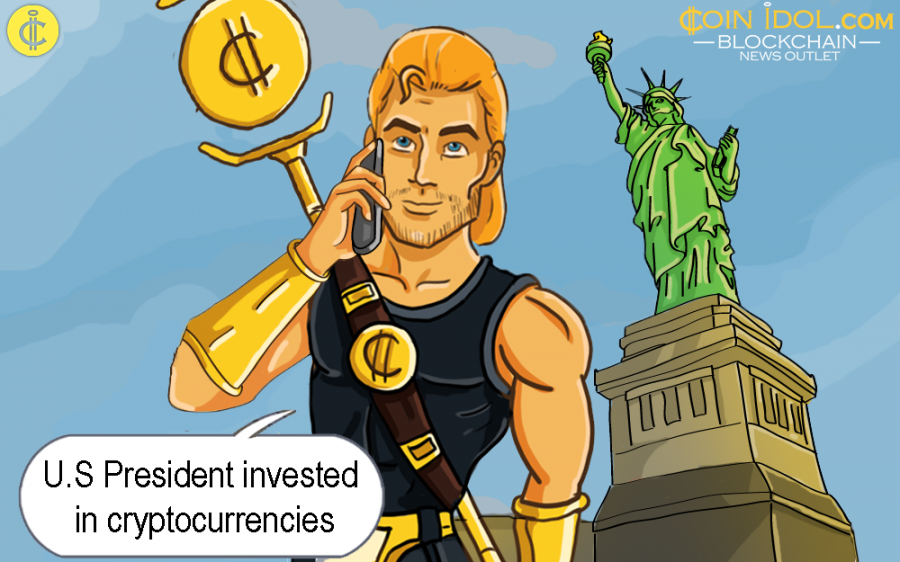 Far back in October last year,  a large number of anti-bitcoin strong statements were made by the Donald Trump Administration, that alluded the U.S. President could go forward to put a ban on cryptocurrencies such as Bitcoin, Ethereum before his term of office ends. As per now almost completing 2018 and still have no official word from the President concerning cryptocurrency, we should begin to question why there is no ban has been set.

"The FBI's very concerned about [the dark web]. They did take down, I think, the two biggest,  dark websites. This last one, Alphabay, we took down recently. They had 240,000 sites where individuals we selling, for the most part, illegal substances or guns on that site, including Fentanyl. And, they use bitcoins and other untraceable financial capabilities, and it is a big problem."

"The [bitcoin situation] is something that is being monitored by our team - Homeland security is involved.  I know it's something that Trump's keeping an eye on. And we'll keep you posted when we have anything further on it."

The Hidden Secret Behind Cryptocurrencies

Maybe President Trump is hugely investing in cryptocurrencies and that's the major reason why he can't put a ban since it would so much bounce back towards his best interests? Let’s not all forget so quickly that Trump is the big brain behind the great Trump empire.

Yes he is a great entrepreneur by nature and indeed he is, this presidency is just like a part-time endeavour. Trump's investment in cryptocurrencies not only makes sense but also appears to be a stepping stone for him, in line with his bullish principles.

Since President Trump barely comments on the matter, it also shows that he aims at restricting the quantity of news that comes out focusing on him and the cryptocurrency industry at large, in order to guarantee that he is not at all involved in wrestling with the market prices, again insinuating that it is in major interests to maintain market stability and keep conditions favourable in order to ameliorate his personal investments.

While this is speculation in people's ears, it is absolutely worth thinking about in the public's minds. Assuming an anti-government crypto, created to be fully decentralised,  yet owned by Donald Trump, the U.S president? Isn't that what is really called crypto drama?