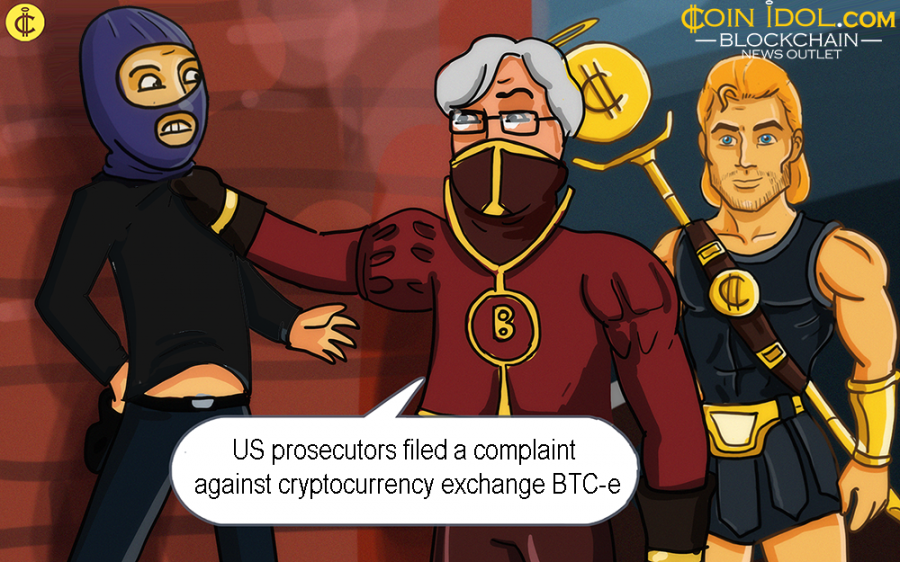 US prosecutors recently filed an official complaint against presently-nonoperational cryptocurrency exchange BTC-e and alleged cybercriminal Alexander Vinnik, as per a document filed on Thursday last week in California. Alexander also purportedly holds accounts connected with other major illegal activities, such as the hack of another nonoperational exchange Mt. Gox.

According the filing, Financial Crimes Enforcement Network (FinCEN), the bureau of the US Dept. of Treasury which gathers and analyzes info related to monetary transactions with the aim of preventing illicit activities including money laundering, drug trafficking, terrorist financing, etc., ascertained civil penalties for BTC-e and the person behind the criminal acts in the aforementioned exchange Alexander in 2018, and were both fined more than $88 million and $12 million, separately.

From the filing, it is indicated that BTC-e and Alexander never even tried to register their business with FinCEN, or even attempt to apply the existing Anti-Money Laundering (AML) practices, or report any apprehensive going-on. Vinnik is a Russian hacker, is around 39 years of age and is at this time caged from Greece.

Furthermore, BTC-e and Alexander were accused back in 2016 of various counts of operating an illegal monetary services business and plan planning to enable malevolent activities especially money laundering. In the following year, the grand jury brought an overriding accusation with extra charges related to money laundering and participating in illegal financial transactions. BTC-e is being accused once more this year in the best interests of the United States Dept. of Treasury.

From the nudiustertian accusation, BTC-e never needed an identity check via any procedures to sign up and start using the service, however, it occasionally needed ID proof for particular wire transfers.

The exchange was used by unknown crooks to carry out money laundering and liquidation by secretly changing their proceeds from digital currency including Bitcoin to fiat money such as dollars, pounds, euros and others. The Russian digital asset exchange also used to facilitate hacks, ID theft, drug supply, ransomware payments and many others.

In August last year, Russia and the US were both engaged in an extradition battle over the suspected Bitcoin fraudster Alexander Vinnik, as Coinidol reported. In March, Alexander appealed for extradition to Russia from his incarceration in Greece.