US District Judge Orders Coinbase to Pay for Negligence 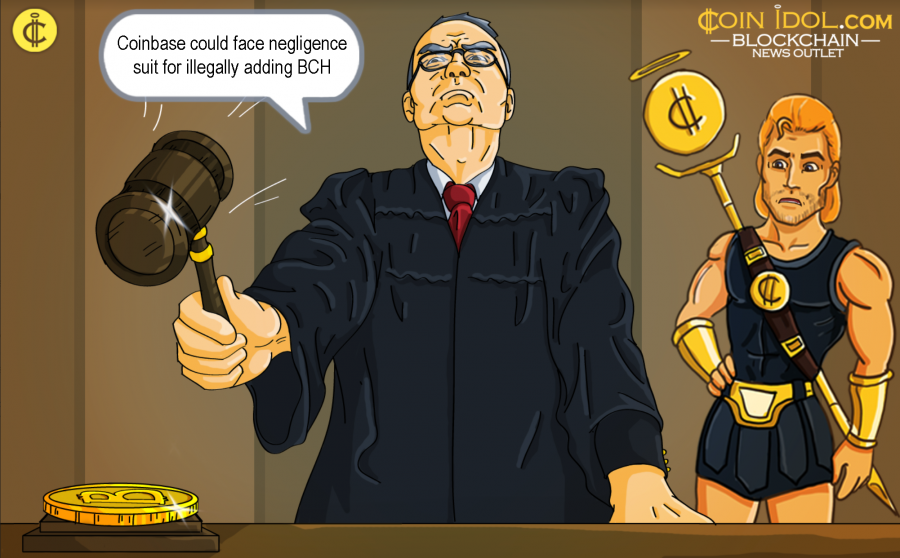 Following Coinbase’s roll out of Bitcoin Cash (BCH) back in December 2017, United States District Judge of San Francisco, California, Vince Chhabria, has made a final verdict and advised the users to go on with a “negligence suit” if they want to do so. The California based cryptocurrency giant could face negligence suit for illegally adding BCH, the world’s fourth cryptocurrency by market capitalization.

In the previous legal verdict, Coinbase appeared to be claiming victory on the addition of Bitcoin Cash on its trading platform, but according to what is happening now, it seems the company may be exercising hastily, precipitately and prematurely. Chhabria threw out the largest part of the claims and also vetoed the claim that the case must be done in mediation and arbitration. This will be the best moment for all those investors who bought BCH to demand for compensation and further claim other related damages.

Coinbase to Reimburse its Customers

Judge Chhabria revealed that the complaint makes a reasonable case saying that the exchange illegally breached its duty to uphold an operational market. Coinbase rolled out BCH trading unlawfully, and the event brought unparalleled pump-and-dump on the exchange. The launch was not announced, and the cryptocurrency exchange was run into a semi-functional for around 24 hours, and was later closed down just after like 2 to 3 minutes of trading because of the high level of volatility. Generally, the whole thing made investors to be very irritated and there were various claims of insider trading, a thing that the exchange refuted.

Nevertheless, it is alleged that the exchange was partially correct in this new verdict. Chhabria pronounced that what the exchange did to halt trading activities on that very day was due to the maximum dysfunction which makes Coinbase accountable for the event. All claims of scam and imbalanced competition against the exchange in question were scrapped. Albeit, Coinbase is going forward with its process of scrutinizing other major assets to support.