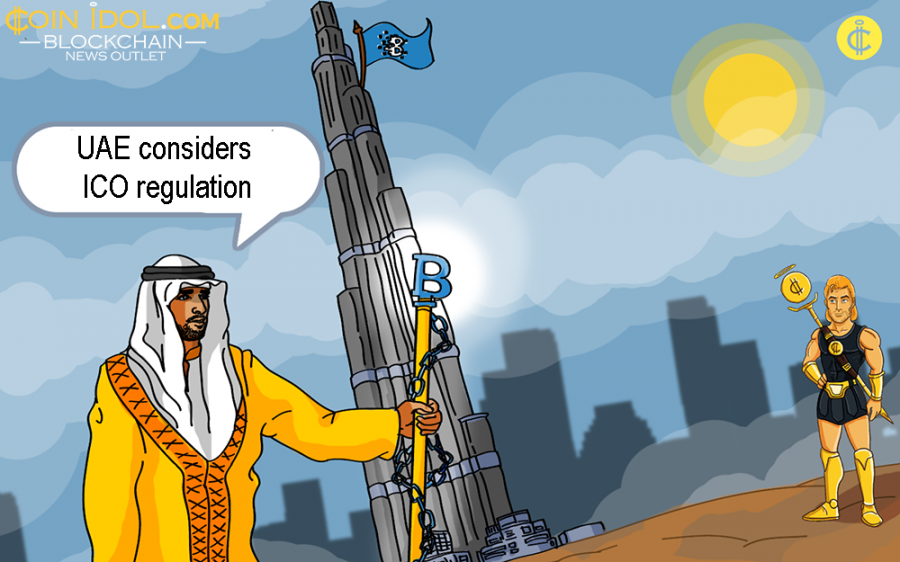 The UAE government has taken a significant step in understanding the general principles on which the fintech is based. Last Sunday, the UAE Securities and Commodities Authority (SCA) officially agreed to regulate ICOs and recognize tokens as securities for the welfare of the nation.

“The committee has decided to approve the plan to regulate Initial Coin Offerings in the countries to keep up with the changing financial times,” Sultan bin Saeed Al Mansouri, the Chairman of the UAE SCA proclaimed.

According to WAM, the SCA has already approved the regulatory control over cryptocurrency market, including ICOs. The agency wants to adopt successful experience of other countries in dealing with digital currencies, taking into account key ideas to rely on.

It has also been revealed that the seven countries in the UAE may become the next platforms where the fintech can be applied and tested. The final decision, published in the country’s official journal, will define the destiny of this initiative.

It is worth mentioning that the UAE is not the only country that aims to deepen its knowledge and extend the implementation of blockchain technology. China is very actively delving into this area, although the total ban on crypto remains in the country.

The idea of bringing ICOs under control comes together with the great ambition of law officials to create a regulatory sandbox. The point of a venture is to attract as much activity related to financial technologies as possible.

“The sandbox will act as an environment that attracts innovators to test innovative products, services, solutions and business models in a controlled space. This can be achieved by adopting an approach of relaxing and/or waving regulatory requirements for participants in the sandbox, while at the same time, ensuring that appropriate consumer protection safeguards are in place,” a report from the Securities and Commodities Authority (SCA) published September 4 reads.

Tags
Token ICO Regulation UAE Securities Fintech Authority Government Sandbox Cryptocurrency
Most Popular
Oct 04, 2022 at 09:16
Price
Litecoin Breaks Through Resistance At $54 And Sets Its Sights On The High At $64
Oct 03, 2022 at 16:13
Price
Ethereum Approaches Oversold Region And Targets The Low At $1,098
Oct 03, 2022 at 15:05
Price
Chainlink Price Declines Significantly As It Faces Rejection
Oct 03, 2022 at 14:51
Price
Weekly Cryptocurrency Analysis: Altcoins Struggle With Downward Corrections As Cryptocurrencies Approach Lower Price Levels
Oct 03, 2022 at 12:42
Price
Bitcoin Is In A Tight Range: A Breakout Or Collapse Is Imminent
More