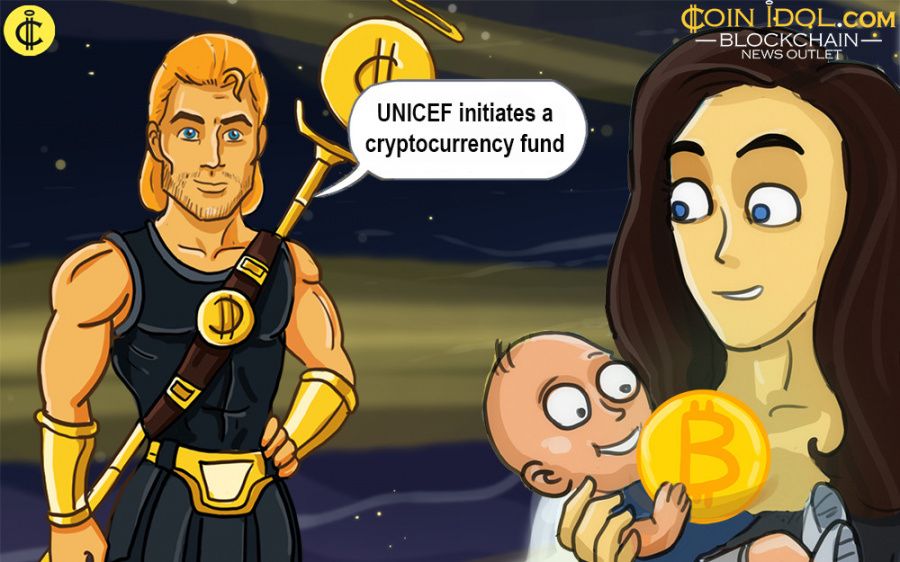 On Wednesday October 9, 2019, the United Nations International Children's Emergency Fund (UNICEF), an agency that provides emergency food and healthcare to people globally, declared its plan to create the UNICEF Cryptocurrency Fund with the aim of supporting open source technology.

The model will start by allowing donations in Bitcoin (BTC) and Ethereum (ETH), the world’s leading cryptocurrencies by market cap.

Several officials, including Christina Lomazzo, head of blockchain at UNICEF, are optimistic about the project and are doing everything possible to spearhead this innovative and disruptive initiative.

As of now, branches of UNICEF from countries like the United States, New Zealand, France and Australia have agreed with the move and have gone ahead to join for the fund, according to the agency’s press release.

Part of the earnings of the donation is expected to be invested in blockchain and distributed ledger technology (DLT) projects which are of great cause and significance to the organization. However, the donations collected in form of Bitcoin and Ethereum are likely not be converted into fiat currency or any other stock asset – the total contribution will be allocated to develop blockchain and other innovation projects.

The Cryptocurrency Funds will not exceed 1,000 BTC and 10,000 ETH. Currently, the fund has collected its first contribution of more than 1 Bitcoin and over 100 Ether from Ether Foundation. Altogether, the prevailing Innovation Fund has tried to back around 6 DLT firms in a portfolio of about 72 major firms from 42 different countries globally.

Still, it seems that giant organizations have started realizing the benefits of cryptocurrencies and blockchain technologies. Lomazzo further revealed that the United Nations (UN) will soon start accepting cryptocurrency offerings from people and companies.

Due to the transparency nature of cryptocurrency transactions, these donations will be effectively verified on a public blockchain. And because of the UN’s potential to operate independently in every jurisdiction without any limit, it emboldens the annexation of digital currency in different non-governmental organizations. Charities that associate with Bitcoin and other digital currencies include AidCoin, Charity Checkout, Caritas Maribor, BitHope Foundation, and others.