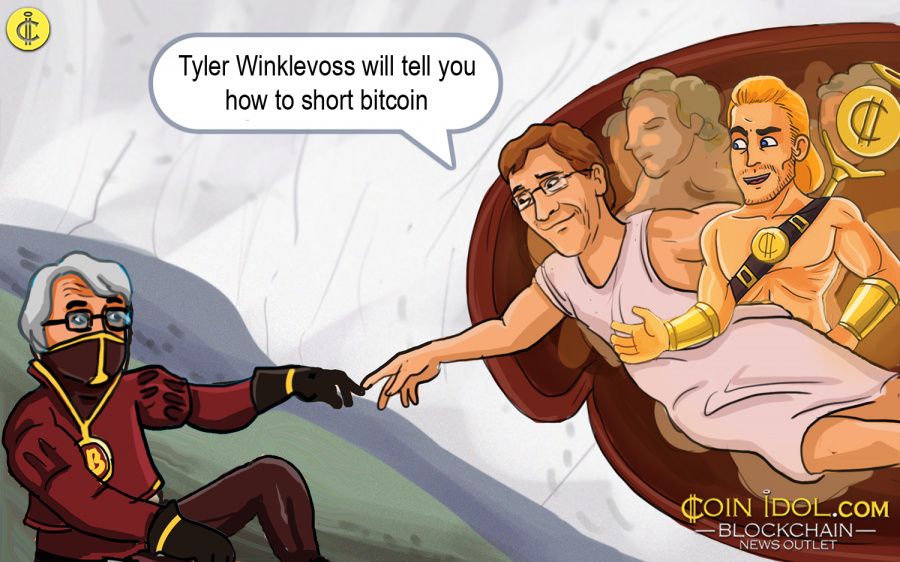 Bill Gates had claimed on a talk program arranged by CNBC that he would bet against bitcoin if he could. The co-founder of a crypto exchange, Tyler Winklevoss, responded to that statement on Twitter, explaining what Microsoft’s co-founder could do to short bitcoin.

"As an asset class, you're not producing anything and so you shouldn't expect it to go up. It's kind of a pure 'greater fool theory' type of investment," Gates said on CNBC's "Squawk Box" on Monday.

"I agree I would short it if there was an easy way to do it," he added. 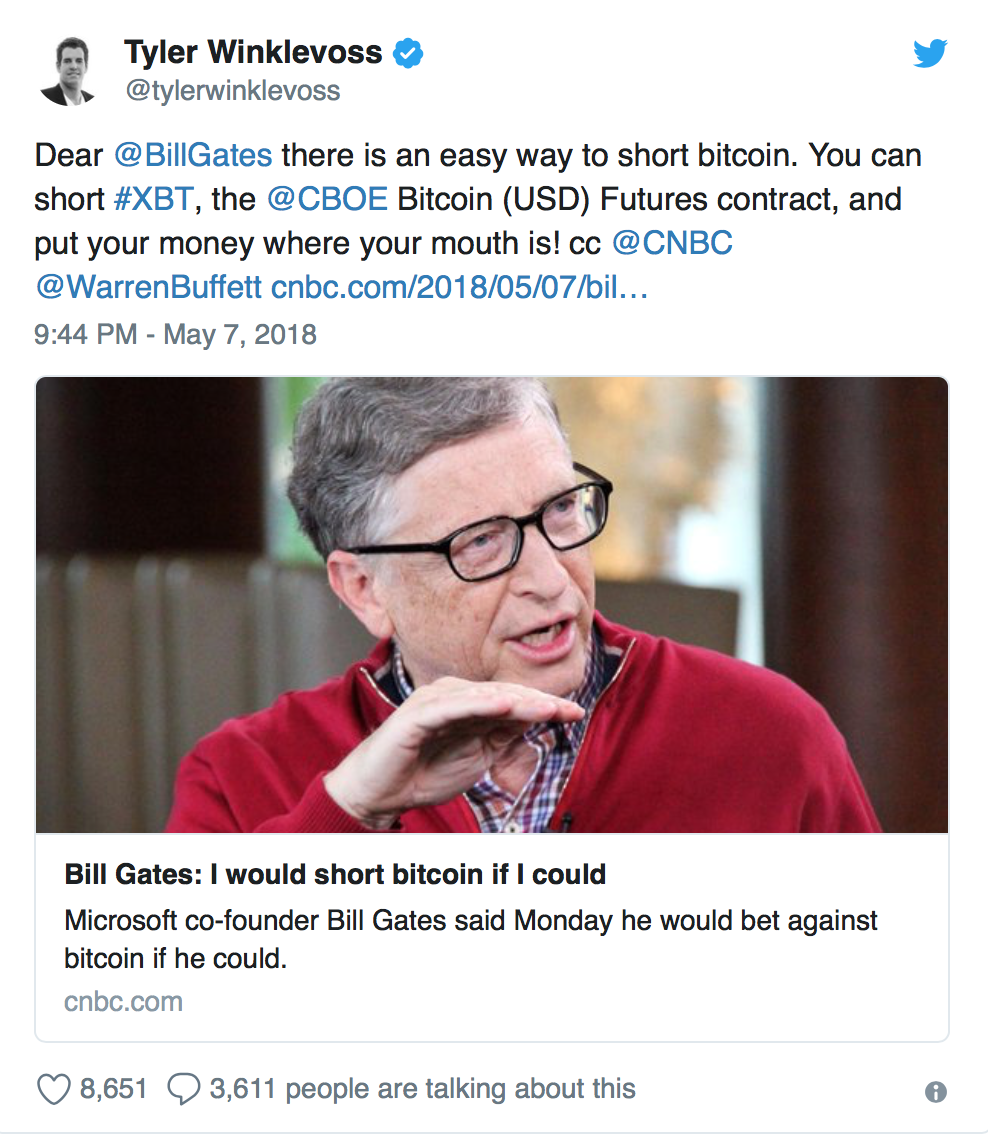 Tyler Winklevoss together with his twin brother Cameron, who are notoriously known for suing Facebook, invested $11 million in the new financial technology in April 2013, when the price of bitcoin was $120 per each crypto coin. Nowadays their bitcoin assets are estimated to be worth upward $834 million if they have sold no virtual coins since.

While dealing with futures, traders make a bet on what the price of an asset will be in several months. A trader gains money if he sells a futures contract before a decline in a digital currency price. Such way of trading to benefit from a price drop is called shorting.